By Philippa Hadlow Reading time: 13 minutes  This year, I’ve interviewed a number of immigrants who have come to start a new life in New Zealand. Hailing from cities as far-flung as Madrid, Iranian Zanjan, London, Singapore, and Mumbai, I’ve sat and listened to their stories with respect. As a writer, I feel pretty privileged to connect with them for a few precious minutes – sometimes hours – talking about the backdrop of emotions, physical challenges, clinical processes, and day to day realities of living in an entirely different culture. Hearing their open-hearted experiences makes me grateful and sympathetic. I'm also attuned, and recently, I spotted a Facebook promotion run by an intern at New Plymouth’s Vivian Pharmacy. The post pictured a beautiful hijab-clad woman called Azra offering advice on the importance of administering the correct medication dose for children. I looked at her face and wondered about her story.

This year, I’ve interviewed a number of immigrants who have come to start a new life in New Zealand. Hailing from cities as far-flung as Madrid, Iranian Zanjan, London, Singapore, and Mumbai, I’ve sat and listened to their stories with respect. As a writer, I feel pretty privileged to connect with them for a few precious minutes – sometimes hours – talking about the backdrop of emotions, physical challenges, clinical processes, and day to day realities of living in an entirely different culture. 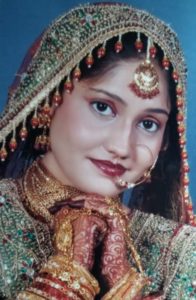 Hearing their open-hearted experiences makes me grateful and sympathetic. I’m also attuned, and recently, I spotted a Facebook promotion run by an intern at New Plymouth’s Vivian Pharmacy. The post pictured a beautiful hijab-clad woman called Azra offering advice on the importance of administering the correct medication dose for children. I looked at her face and wondered about her story.

Azra was born in Hyderabad, Southern India – the capital of the state of Telangana. She’s the youngest daughter of three children, and as her mother has six sisters and five brothers, Azra has many cousins. Growing up, Azra knew what she wanted to do with her life. Her dream was to become a pharmacist, and she studied hard for several years.

When it came time for her parents to seek a suitable marriage partner, Azra was thankful to her brother, who said, “Look, she’s studying, still, let her finish, then be married.” In her final year of university, aged 23, Azra’s parents placed an advertisement in the local newspaper, espousing her qualifications. Another family – unknown to theirs – answered the ad and rendezvoused at Azra’s home to get acquainted. Arrangements for the wedding had begun.

Azra learnt that fiancé Irfan had finished a management degree and was working in Auckland, New Zealand. They would not meet in person until their wedding day.

In India, wedding celebrations often span three or four days and can entertain hundreds of guests; Azra’s included 800-900 invited friends and family. The bride and groom’s families get to know each other over the first two days, and they go to and fro’ their homes, feasting and socialising. On the third day, the Haldi ceremony is performed wherein married women apply turmeric, oil, and water to both the bride and groom as a blessing.

The wedding costumes are stunningly beautiful and, as tradition dictates, designed by the mothers-in-law. Azra’s had an exceptionally long train, and she glowed in her gown’s glorious, traditional red. On the day of her betrothal, she tells me, “I was quite nervous! Some arranged marriages are between family friends – like my sister’s – but for me, it was to a complete stranger!”

Azra on her wedding day

Once married, she and Irfan stayed together for a month until he returned to New Zealand to organise Azra’s visa. He was familiar with the process, having lived in Auckland for three years already. For Azra, the thought of moving to such a distant country was frightening. She had anticipated joining her extensive family in U.A.E (United Arab Emirates) Saudi for her married life.

“I never expected it, honestly! My cousins and other family were like: ‘Oh, she’s going to New Zealand! How will she cope – she’s just a little sister!’ But it’s what our parents want, so I thought, OK, I need to finish my study and follow him,” Azra exclaims.

She did just that in January 2014 after graduating as a Doctor of Pharmacy – the culmination of seven years’ study. The couple lived in Auckland’s suburb of Mount Wellington and once settled, Azra hoped to fall into her beloved dispensary job as quickly as possible. She was dismayed to learn that her post-graduate qualification gained in India was not recognised in New Zealand. Furthermore, the position of a pharmacist was not on the Immigration NZ long term skill shortage list. To be eligible for residency, she would need to train and work as a pharmacy technician.

Azra realised that she would have to begin her studies all over again, starting with an English exam, technician’s course, K.A.P.S (Knowledge Assessment of Pharmaceutical Sciences) registration, and a nine-month internship through the New Zealand Pharmaceutical Society. With Irfan’s encouragement (which has never waned: “Once you get your certificate, we’re going to frame it and hang it on the wall!” he said), she started the process, achieved her certificates, and whilst studying towards her pharmacist qualifications, worked as a pharmaceutical technician in Auckland’s Countdown supermarkets for four years. 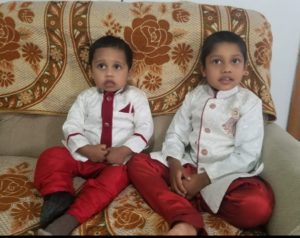 As is common practice for women of her culture, Azra had no drivers’ licence, so the couple moved with their jobs. They shifted from Mount Wellington to Mangere, studying and working, all the while raising two little boys, one with special needs.

“We decided to move from Auckland because we were exhausted. We’d had enough and knew we’d never be able to afford to buy a house there. So we thought it would be a good idea to live somewhere that only one of us need work so the other could look after the children,” she says.

“We looked at Taranaki and realised we might find some people of our own culture there. In 2018, we made the move to Hawera where Irfan found work at Countdown,” Azra explains. But once in Hawera, she was overwhelmed with loneliness, fatigue, and the pressures of parenting. Irfan was working long hours, and with no support network to help her cope, she decided to go back to India and seek family solace.

“When I was pregnant in New Zealand with my second little boy, the doctors thought he might have a heart condition. I said at the time that if he is born healthy, I will pilgrimage with my family in U.A.E. And so, while back home, I did – it was my duty to fulfil my promise,” she says of that trip.

Irfan joined her in Saudi, and together their pilgrimage took them to the holy cities of Mecca and Medina; they stayed in Saudi for a month. Azra loved having family around her again and was happy to remain in India for a further seven months to let her baby boy grow a little. But as Irfan had returned to New Zealand soon after the pilgrimage, their eldest son came to miss his dad terribly. Azra and her two children journeyed back to New Zealand and found that Irfan had secured a new job at Countdown Spotswood in New Plymouth. Even more exciting: he’d bought the home he’d been renting in her absence.

“We had to live in a motel for two months until our house in Westown became available. While we were waiting, I began looking for an internship. Irfan would drive me around New Plymouth so I could deliver my CV to all the local pharmacies. Catherine Keenan asked me to join Vivian Pharmacy, and I couldn’t have come to a better place,” says Azra.

Transporting herself to work with no drivers’ licence was obviously out of the question. But with Irfan’s day at Countdown starting at 5 am, he’s able to pop home at morning teatime to pick up Azra and their sons and take them to work and school. Azra does feel restricted by her lack of independence; she cannot visit the local mosque or go shopping. And, because the couple has different days off during their working week, she is still – as was the case in Hawera – very much reliant on the local taxi service. However, it was while catching a cab one day that Azra first experienced a stranger’s kindness.

“I was taxiing from Hawera to New Plymouth, and the driver asked me: ‘Azra, when are you going to learn how to drive?’ I said: ‘Well when I get time to go to the library and borrow the Road Code.’ The next day, the driver texted me saying, ‘Don’t be surprised if you find something in your letterbox today!’ I looked, and it was a brand new Road Code book – she had bought it for me,” says Azra softly. “It’s that sort of kindness you remember – and I will carry that forward.”

It’s a reminder also of the time she experienced in Hawera when her sons were both very sick.

“I came to know about this lovely lady – a caregiver – through a disability support group. I met her and she said I didn’t have to pay her to help look after my son. She only wants to help me! She bought some toys and a car seat for my special boy and would pick him up to give me a break for a few evenings.

“One night she brought him home, but by about 10 o’clock, he and his little four-month-old brother were ill and very distressed. I couldn’t cope – I was helpless and was struggling so much because my husband was at work. Abdul’s carer just stayed with me. She helped me get through. People here in Taranaki are like that; they give you a hug and understand what you are going through. So that’s just kindness, and I don’t think you need to follow any religion or culture to be kind,” Azra says.

Working out her internship at Vivian Pharmacy, “is like reaching for the stars at the moment; it means more than anything. Getting my pharmacy licence is like realising a dream I’ve had for seven years!” As she studies towards her final exams in November, Azra talks about more snippets of kindness. Her co-worker, Medla “is like a mother figure to me. She celebrates my success and stands with me in my difficult days balancing studies, work, and family. She’s someone I can ring anytime if I am stuck. Taranaki is full of many such kind people.”

Azra tells me that assimilating her culture into her job is easy, thanks to pharmacy owner Catherine who is happy for Azra to offer prayers during her workday and to accommodate the month of religious Ramadan fasting. And though Azra misses the Ramadan Eid Festival she would usually celebrate in India; her workplace is a family and a multi-cultural hub in its own right. Azra’s made good friends and feels blessed to be so welcomed: “It’s what makes me feel like this is my second home.”