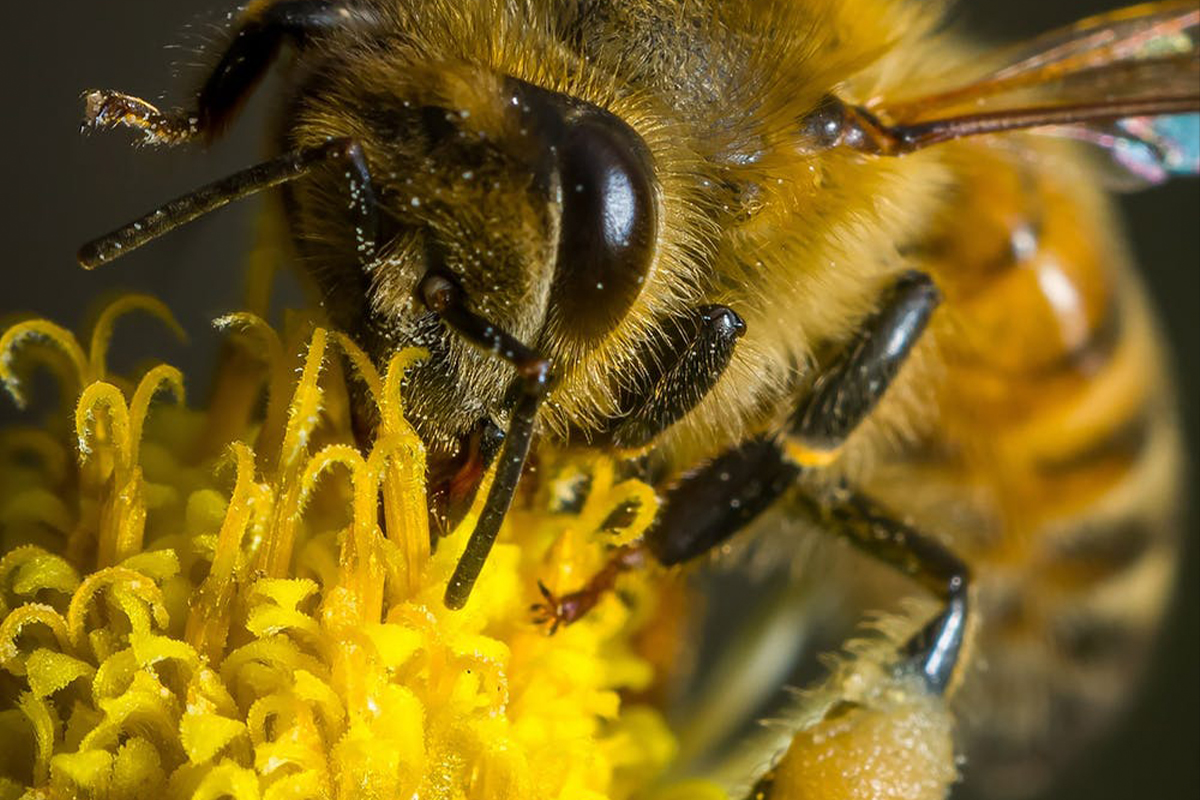 A few weeks ago, I connected with a stranger over a T-shirt that I saw them wearing about saving bees. We had a brief moment of synchronicity where we both expressed our passion for the winged insect and the impact they have on the environment; that without them our ecosystem would not survive.

There has been widespread effort to create awareness for the significant drop in bee population and for what bees and other pollinators do for our environment. Honeybees continue to be the most important pollinators for crops worldwide, actively pollinating one third of our global food supply. And, with the ever-growing urbanisation that comes with the growth of our population, we are minimising the number of plants that bees need in order to create enough honey to survive. The general consensus is that without bees, we would be much worse off than we are now.

A few weeks ago, I connected with a stranger over a T-shirt that I saw them wearing about saving bees. We had a brief moment of synchronicity where we both expressed our passion for the winged insect and the impact they have on the environment; that without them our ecosystem would not survive.

There has been widespread effort to create awareness for the significant drop in bee population and for what bees and other pollinators do for our environment. Honeybees continue to be the most important pollinators for crops worldwide, actively pollinating one third of our global food supply. And, with the ever-growing urbanisation that comes with the growth of our population, we are minimising the number of plants that bees need in order to create enough honey to survive. The general consensus is that without bees, we would be much worse off than we are now.

The question remains: What can we do within our urban environments to help bees?

Sarah Smuts-Kennedy is the vision maker, trustee, and creator of For the Love of Bees, an Auckland-based organisation that promotes the importance of happy, healthy, thriving bees and teaches people how to build regenerative farms within urban environments. She says that there are three things we need to think about when it comes to helping out our little winged friends: diversity, quantity, and quality.

She says diversity can be achieved just by planting a flower garden in a small part of your yard or, if you live in an apartment in the city, in a small planter box on your balcony. “The thing is, that every single hive needs about a billion flowers a year to survive,” she adds.

“The two main things for bees everywhere, whether that’s in the city or in the rural sector is that sometimes you’ll just have grapes; it will be all grapes for hundreds of kilometres in some instances; but there needs to be diversity. That’s why flower gardens are good, because they actually tend to be quite diverse despite the fact that they’re not often producing food for humans. They’re producing food for pollinators.”

As for the quantity of these plants for pollinators, Sarah says it’s important to be producing flowers year-round, not just in spring and summer: “We can have areas, particularly in the middle of winter, where we have very few native species and flowers, so that becomes a real concern. It’s about planting every month of the year.”

What For the Love of Bees talk passionately about the most, is trying to raise public awareness of the importance of quality pollen and nectar, and making sure it’s not toxic. “The quality of the pollen and the nectar is affected by lots of different things, but the process that’s really dangerous to pollinator species is the use of herbicides, pesticides, insecticides, and fungicides,” says Sarah.

“In cities, these activities cause toxicity to occur in a lot of flower gardens, particularly with roses and other insect-prone varieties where people are spraying their flowers to keep pests away. But what they don’t realise is that they’re actually making the ecosystem weaker, and eventually more dependent on chemicals over time.”

In 2020, For the Love of Bees spent many hours trying to convince the Auckland Council to stop using glyphosate; a chemical herbicide toxic to bees which can be found in the honey produced by plants that are sprayed with it. While Sarah says it isn’t the worst herbicide, gaining public visibility of these kinds of negotiations is hugely critical. “So those are kind of the basics,” she says.

A common mistake people make when trying to help the bees is getting a new beehive. Done properly and with enough flowers to feed a colony, establishing a beehive can be beneficial, but Sarah says that quite often ‑ if there are too many hives in the same area – there can be honey theft.

“There are a lot of hives in the city, and not all of them are doing well. For example, some of the hives that we had in one part of the city got robbed by other bees. So, what happens is, when a hive is thriving – and then a hive beside it is not thriving so much – the honey will get stolen by the other colony.”

The impact of climate change is not lost on the bees, either. Climate fluctuations, where warmer weather might come sooner causing earlier flowering than usual, create issues in the hive. Not only that, but the increase of carbon in the atmosphere, known to farmers as supersizing, increases the sugar content of flowers, but decreases the nutritional value of the nectar. “This means that pollinators are having to harvest more flowers in order to get good enough nectar and honey for their hives,” says Sarah.

But that’s not the only aspect of climate change affecting bees. “[Honeybees] won’t come out if it’s raining too hard and they don’t like to forage in really intense winds. At the moment we’ll get things coming into flower at months when it never used to flower; and then it rains; and then it’s windy – and you lose a lot of flower in the wind. All that actually becomes a really dangerous thing for the survival of colonies,” she says.

Bees are also affected largely by the horticulture sector, which Sarah describes as one of the dirtiest and most disruptive sectors when it comes to climate change and biodiversity wellbeing. “[For the Love of Bees] are really focussed on urban farms and training people in the horticulture sector because we see that as one of the major spaces for transformation. You can’t expect people to change behaviour when they don’t understand something – when they don’t see it and it hasn’t touched their hearts,” she says.

“Bees are wonderful in that people care about them. They’re a really great way to get people to start the essential transformations that can be done on both small as well as big scale.”

These transformations can be seen in how For the Love of Bees teaches communities to look after pollinators by improving horticulture, biodiversity, and gardening practices whilst taking a ‘holistic approach’ – all through regenerative farming.

Seen as a possible solution to the impact of the horticulture sector on the environment, regenerative farming has become popular within the last year.

Regenerative farming is about seeing nature as one big system that needs to be kept in balance. It’s holistic in the sense that you are working with nature to restore soil quality by minimising soil disturbance, growing crops that feed nutrients back into the soil, increasing biodiversity to nurture the soil year-round, relying less on chemical fertilisers that contaminate our food and waterways, and by rethinking what we know as ‘waste’.

In mid-2019, Sarah got a group of people together to do a series of talks in Wellington and Auckland, called regenerative conversations. Bailey Perryman from Cultivate Christchurch and Daniel Schuurman, an agronomist from Biologix, joined Sarah to help spread the word and grow interest in regenerative farming. These conversations helped her establish a strong relationship with Kaicycle in Wellington, which she describes as a “very enduring, very rewarding relationship”. From there she realised that there was an opportunity to create a network. “Six of us got together from various projects and came up with the frameworks for the development of a new concept called Urban Farmers Alliance,” says Sarah.

“We support about 145 growers and composters across New Zealand and that has been really amazing as a network for people to connect to each other. We even have the Long Bay College kids starting their own farm. But it’s really about finding simple mechanisms to fast-track a movement and making sure that these new conversations where everyone’s talking about sustainability and regeneration, are actually authentic.” 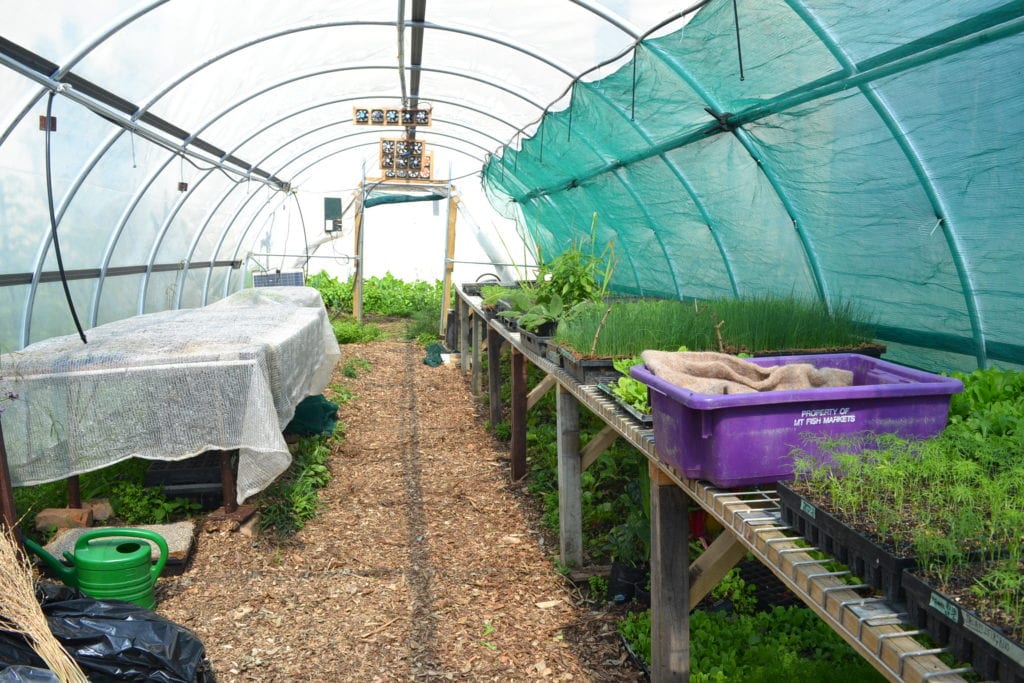 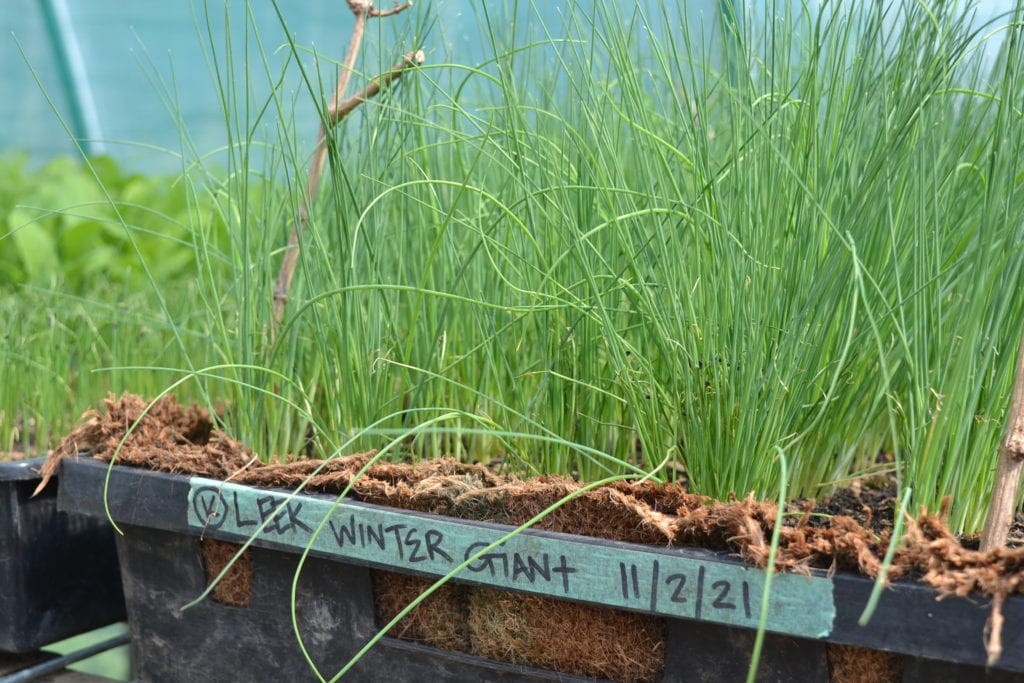 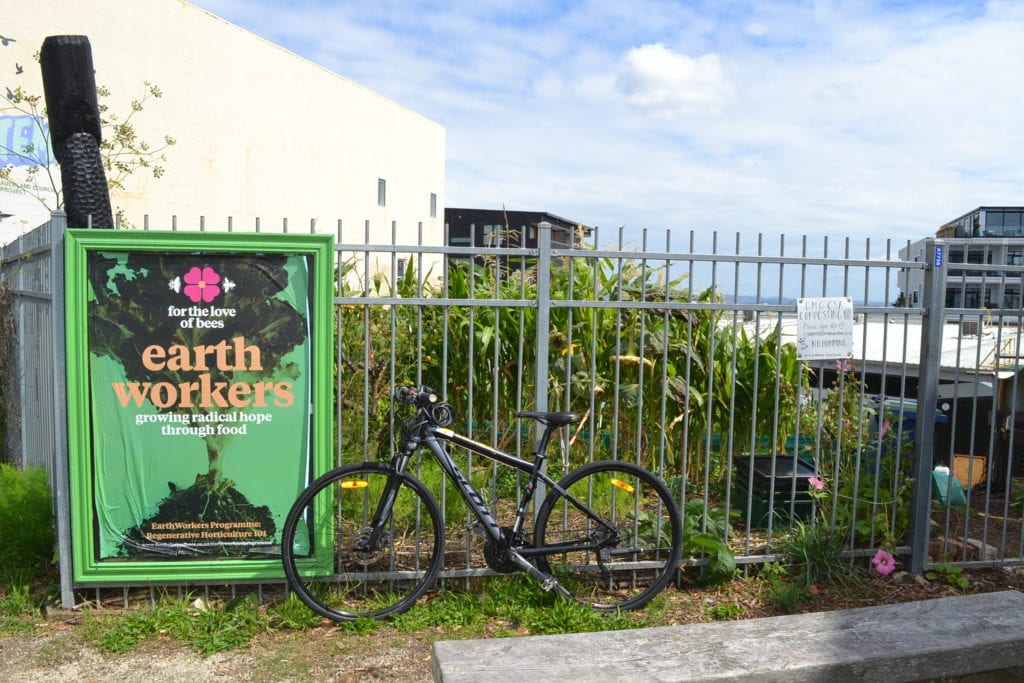 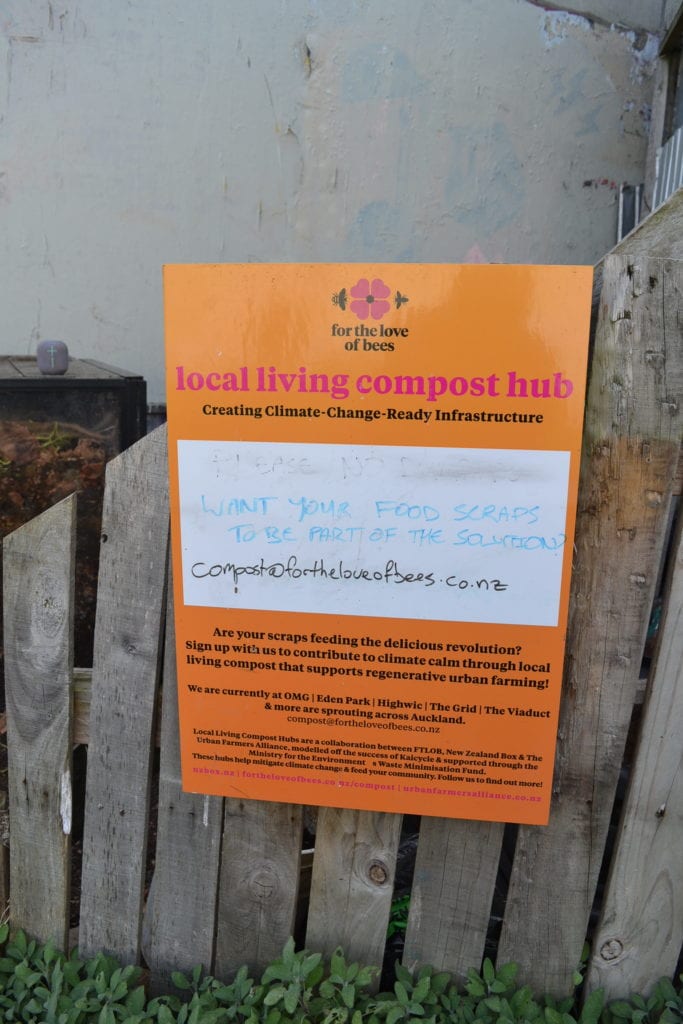 As a small, grassroots organisation, For the Love of Bees needs the exposure and visibility (that Urban Farmers Alliance offers) in order for more people to see the work they are doing and learn more about how they can help the environment. “Organisations like us absolutely require that support,” says Sarah.

“We are early innovators, we are community generated, we are ground up and that’s really where the transformation occurs. At the moment we have an opportunity to harness that because we’ve been doing this for a long time.”

Sarah’s incredible vision of urban, regenerative farming shows what can be done in an ever-increasing urban environment. It helps us see that there are many ways in which we can help save the bees – whether that means starting our own little backyard gardens or bringing a community together to create a space that could be the saving grace for our environment, too.