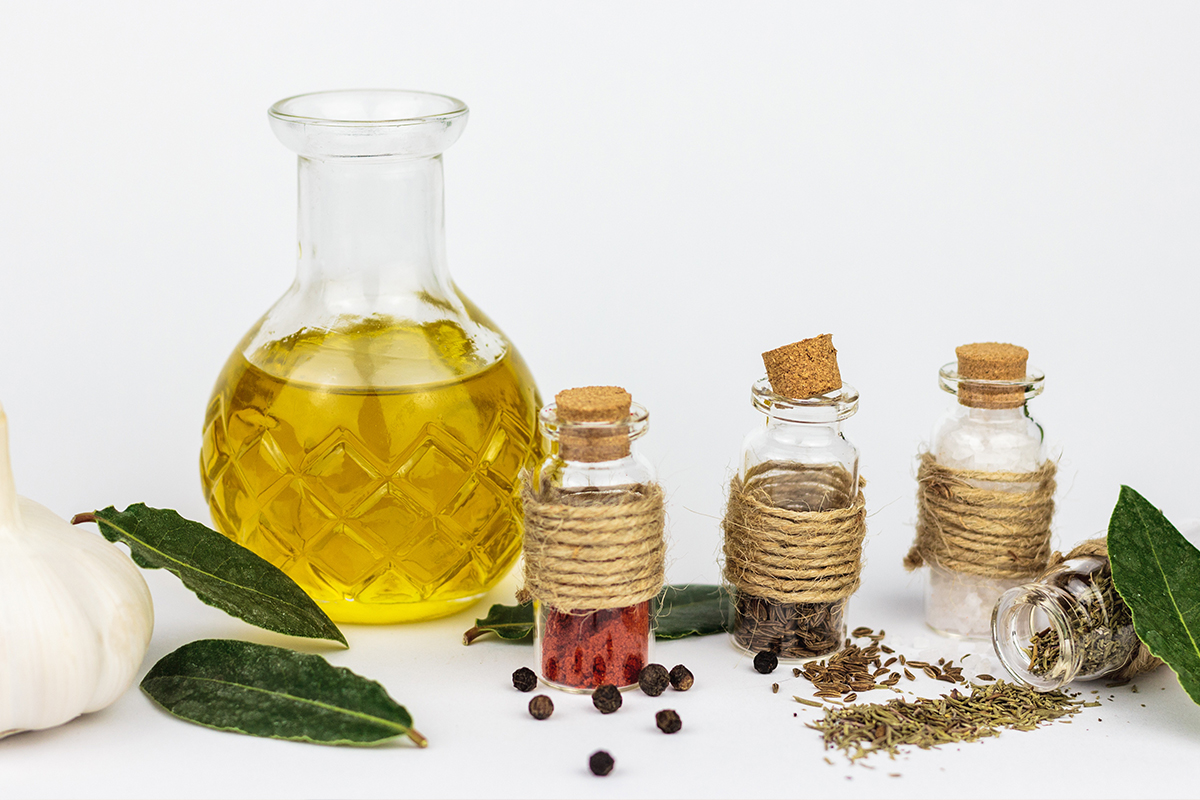 Herbs and healing in New Zealand

By Katie Stone Reading time: 12 minutes Indigestion? Aching knees? Skin infection? There’s a plant for that. And it could be growing right in your garden. Natural medicine is a flourishing industry in New Zealand. In 2019, our natural health products industry made a revenue of NZD$2.3 billion: an increase of 64% from 2014. The sale of plant-based medicines continues to contribute an estimated $1.4 billion to our economy annually. Meanwhile, one in five Kiwis visits an ‘alternative’ practitioner such as an acupuncturist, homeopath, naturopath, or spiritual healer each year. These figures suggest that a large proportion of New Zealanders embrace the concept of natural medicine.This is heartening, particularly when news stories about witch doctors, snake oil, and false ‘cancer cures’ seem to make far more interesting reading.

Indigestion? Aching knees? Skin infection? There’s a plant for that. And it could be growing right in your garden.

Natural medicine is a flourishing industry in New Zealand. In 2019, our natural health products industry made a revenue of NZD$2.3 billion: an increase of 64% from 2014. The sale of plant-based medicines continues to contribute an estimated $1.4 billion to our economy annually. Meanwhile, one in five Kiwis visits an ‘alternative’ practitioner such as an acupuncturist, homeopath, naturopath, or spiritual healer each year.

It’s very easy to shun herbs or natural remedies as quackery. Which is odd, because they’ve been around for far, far longer than pharmaceutical medicine. Try 60,000 years longer.

What many of the nay-sayers don’t realise is that we’ve been using plants as medicine since we first set foot on earth.

A quick history lesson: archeological excavations have revealed that medicinal plants such as opium poppies, ephedra, and cannabis were used as far back as 60,000 years ago.

That’s a good bit longer than the modern pharmaceutical industry, which began in the mid-19th century.

Humans have been experimenting with the healing properties of plants since the beginning of time. Our ancestors were involved in their own ‘clinical trials’ with roots, leaves, and physical therapies. After all, cavemen didn’t run on down to the pharmacy when they had a toothache or a festering wound. The results of these trials eventually established what we currently know of healing and healthcare.

Later, scientists realised they could synthesize compounds that were more potent (and often more toxic) than what grew out of the earth. Pharmaceuticals emerged from apothecaries that moved into wholesale production of drugs such as morphine and quinine. And so, synthetic drugs were born.

Still, the synthetic drugs we’re handed at the chemist are structurally the same as how their counterparts would appear in nature. There are 252 drugs considered ‘essential’ by the World Health Organisation – and 11 percent of them are exclusively derived from flowering plants. And yet, we still refer to natural medicine – the original medicine – as ‘alternative’.

Alternative medicine: What is that, exactly?

The range within the complementary and alternative sphere is enormous. From acupuncture and aromatherapy to massage, homeopathy, and rongoā, the list goes on.

But what unites every one of these modalities is their philosophy. Where conventional medicine focuses on getting rid of a symptom with drugs or surgery, natural modalities seek to treat what’s causing the symptom (or symptoms) in the first place.

Go to a doctor with a headache and, during the 15-minute slot you’re allocated, he’ll probably prescribe you some form of pain relief. He or she might advise that you return for another checkup if the pain doesn’t dissipate.

Go to a naturopath, and you’ll be interviewed for a full 90 minutes. You’ll be asked about your health history, your parent’s health history, what you eat every day, your sleeping habits, what worries you, and any number of other questions that could shed light as to why your head is hurting. You’ll then return for a follow-up appointment where your practitioner will present a treatment plan: a comprehensive overview of what is working for you and what isn’t, and what needs to change.

The idea is that if you can successfully identify what’s causing an issue, you can nip it in the bud, so to speak. Fairly simple. And – incredibly – making healthy changes to your life does actually work. For a start, there are fewer (and possibly zero) side effects compared to taking prescription medication. You may find that other things in your life improve, too.

But it’s not cheap, and it’s not a quick fix. In this fast-paced modern world of instant-everything, we like things to be fixed NOW. Hence a prescription for codeine sometimes seems far more attractive than overhauling your life.

So, why choose natural medicine?

Research suggests that the reasons people choose to ‘go natural’ may be that they are dissatisfied with conventional treatment, particularly in regards to negative side-effects of certain medications. They also cite positive experiences with natural remedies, along with family traditions.

In Germany, natural medicine is deeply embedded in everyday life. The pillars of good health are considered to include the five Kneipp therapies: hydrotherapy, exercise, nutrition, phytotherapy (the use of plant-based remedies) and lifestyle management. In the past 15 years, more and more doctors in Germany – particularly GPs – have integrated complementary and alternative medicine (CAM) into their everyday practice.

Here in New Zealand, complementary and alternative medicine is still largely unregulated. Many modalities such as herbal medicine and naturopathy are not incorporated into the mainstream health-care system. Instead, these areas are monitored by practitioner groups with their own codes of conduct and ethics.

There has been some progress: osteopathy, chiropractic care, and acupuncture are all considered ‘alternative’, and yet are covered by ACC. Chiropractic and osteopathy are also covered by the Health Practitioners Competence Assurance Act 2003.

For early Māori, the native bush was an apothecary for treating wounds and illness. Even the European settlers are noted to have included native plants in their practices. Where their imported medicines failed, they turned to Māori for their use of rongoā: traditional herbal medicine. In 1891, herbalist James Neil described mānuka as “a well-tried and approved diuretic”. Other approved herbs included koromiko, horopito, pohutukawa, and harakeke.

Those herbs – and many more – are still used today. And, yes, they still work.

Although shunned for a period in the mid-19th century, the practice of herbalism in New Zealand has been growing steadily since the 1980s. The New Zealand Association of Herbalists became an Incorporated Society in 1983 and the Waikato Centre for Herbal Studies was opened in the 1990s, encouraging Kiwis to once again believe in the power of plants.

And what a wealth of plants we have!

Long before the powers of mānuka honey were discovered, the mānuka plant itself was hailed as a cure-all throughout Māori lore. The flowering mānuka (Leptospermum scoparium) was traditionally used to treat everything from gingivitis and diarrhoea to bacterial and fungal infections. Māori made an infusion from the leaves and used it to treat urinary issues. The leaves could also be boiled into a vapour and inhaled as a means of clearing sinuses. A mixture of manuka leaves and bark applied to the joints was found to relieve inflammation and pain.

Scientific evidence shows that this common native does indeed harbour a wealth of medicinal properties: antimicrobial, antifungal, anti-inflammatory, spasmolytic, and astringent. Mānuka essential oil is particularly powerful in treating athlete’s foot and fungal nail infections. Most impressive is its b-triketones, which have been proven effective against Staphylococcus, Enterococcus and Streptococcus spp. as well as antibiotic-resistant bacteria Staphylococcus aureus and MRSA.

Want to make your own healing salve? Simply infuse the aerial parts of the plant in oil and combine with melted wax. And voila: an antimicrobial, antifungal, and anti-inflammatory remedy. 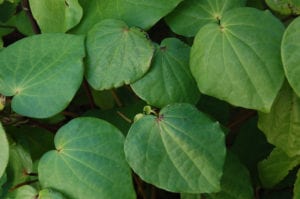 Bloated tummy? A cup of kawakawa tea could soothe that away. Kawakawa (Macropiper excelsum) is another native with a long history of medicinal use. Favoured as a digestive tonic, it helps ease bloating and indigestion and relieves gastrointestinal spasms. Kawakawa also harbours anti-inflammatory and analgesic properties, along with antimicrobial and antiparasitic compounds. It’s also a circulatory stimulant, which means it encourages the flow of blood to the tissues and organs. This can help to warm the body and improve digestive function.

To make your own kawakawa tea, just add a handful of fresh leaves to a pot of water and allow to simmer for up to 15 minutes. Strain, and serve. 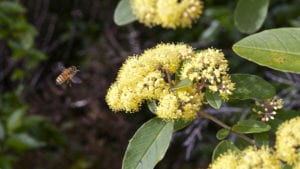 Often overlooked as an ornamental shrub, kumarahou (Pomaderris kumaraho) was once revered for its high saponin content. Mix the crushed flowers with water and you’ll get a soapy lather originally known as ‘gumdiggers soap’. This slippery quality made it useful as an expectorant: a tonic that helped to clear the lungs of mucus. As a depurative, kumarahou was the original blood cleanser and detox. By stimulating the liver, kidneys, lymph and bowel, it helps to flush out accumulated waste and impurities. This can help to rid the body of toxins and other unwanted matter that may have accumulated over time. A kumarahou tonic was also taken to treat gout and rheumatism and to maintain general wellbeing.

Kumarahou tea can be prepared in much the same way as kawakawa tea but boiled for 15-20 minutes.

The future of the “alternative” medicine

We are remarkably lucky in NZ to have the freedom to choose our modality of treatment. We can see a doctor. We can see an osteopath. We can see a naturopath, a homeopath, or a traditional Chinese medicine practitioner.

Ultimately, the best choice for you is what works for you. And only you can be the judge of that.