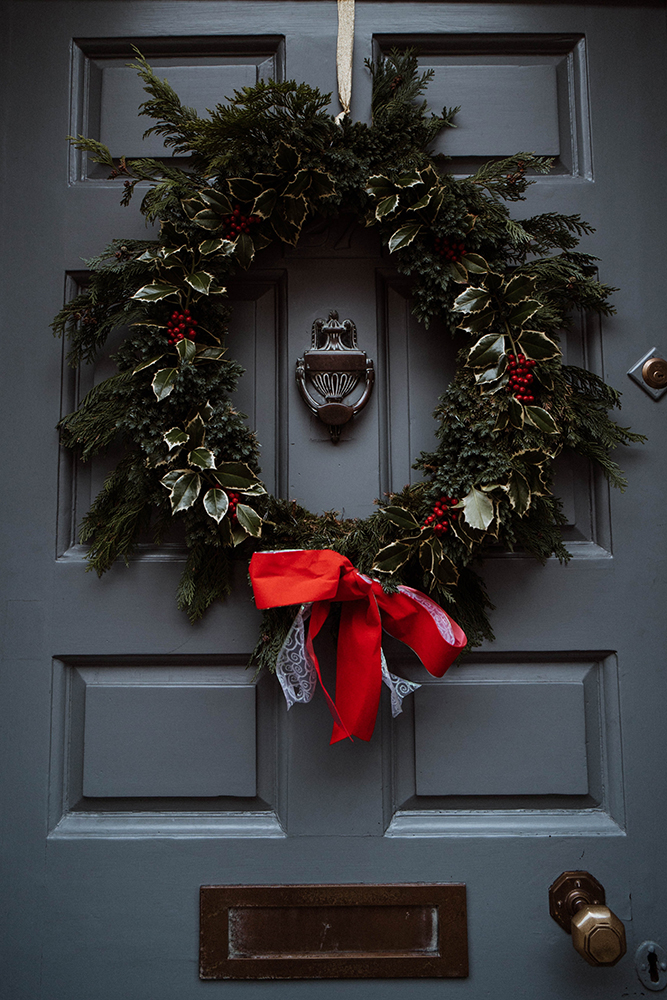 December Flowers of the Month: Narcissus and the Festive Holly

As we step into the festive month of December, there are specific flowers relevant not only to this month but also to the Christmas holiday season. Paperwhite narcissus and holly are two such flowers which have rich histories delving deep into ancient myth and pagan legend.

As we step into the festive month of December, there are specific flowers relevant not only to this month but also to the Christmas holiday season. Paperwhite narcissus and holly are two such flowers which have rich histories delving deep into ancient myth and pagan legend.

The paperwhite narcissus (Narcissus papyraceus – from papyrus and aceus; meaning paper-like) is a flower native to the Western Mediterranean, from Greece to Portugal to Morocco. It comes from the same genus as the daffodil and gets the name ‘paperwhite’ from its delicate, papery-white flower. Its strong fragrance is very recognisable, known to permeate every room if grown indoors. The word narcissus comes from the Greek word narke, meaning sleep, or numbness. It also is the root of the word narcotic, probably because the fragrance can be intoxicating. The paperwhite narcissus is one of the few flowers of the genus that blooms during winter and is the oldest flower of the entire genus.

Paperwhites are said to have associations with Greek mythology. As the son of the river god Cephissus and the nymph Liriope, Narcissus was a beautiful young hunter who rejected all and loved no one. In one story written by Roman poet Ovid, Narcissus’ mother was told by a seer that he would live a long life as long as he never saw his own reflection. After rejecting Ameinias of Athens, Artemis cursed Narcissus to fall in love with his own reflection in a river or stream.

In another version, Narcissus was out hunting and got separated from his party. He calls out, “Is anyone there?” Echo, a mountain nymph who was cursed by Hera to have but an echo for a voice, fell in love with Narcissus but could only repeat his words back to him. Surprised, he shouted, “Come here”, which Echo repeated. When she rushed to him, he rejected her as well, and said, “Hands off! May I die before you enjoy my body”. Humiliated, Echo rushed off in shame but loved Narcissus even more. Nemesis, the goddess of revenge, put a spell on Narcissus that forced him to look at a reflection of himself in a pool of water and he fell in love. He believed that he had found the most beautiful person in the world, the only person worthy of his love. Unable to possess his own reflection and consumed by self-love, it is believed that he either stabbed himself in the heart or got so tired that he fell into the water and drowned. From where his body rested sprang the narcissus flowers that to this day continue to grow beside rivers and lakes, drooping as if to look at themselves in the water.

In the Orient, the narcissus is one of many flowers associated with the Lunar New Year. Known as the water fairy, shui-hsien hua, it is grown in porcelain bowls filled with water and forced to bloom at the New Year Festival in the belief that it would bring good fortune for the following year. The Hua Shih, History of Flowers, says that the narcissus was very much prized, and in the 8th century, the Emperor Hsuan Tsung gifted a narcissus flower in a gold and jade bowl to one of his concubines. Whenever narcissus flowers are shown in arts and crafts, they are always assumed to represent the highly respected genii (ancient plural of genie) of heaven, the bringers of great happiness. A poem by Yang Wan-li describes the narcissus flower:

“They are wonderfully graceful and fragrant too;
The purity of their blossoms makes the moon less white.
These fairies from Heaven walk not on earth,
So they added “water” to their name.”

So East and West held very different beliefs on the paperwhite narcissus. In the East, narcissus represented faithfulness, good wishes and fortune, youthful innocence, understanding, new beginnings, honesty, and respect. In the West, the flower represented egoism, or self-love, because of its association with the Greek myth. Eventually, the West adopted the more positive oriental connotations of the flower.

With its alleged significance to Christianity and the birth of Christ, holly (Ilex aquifolium) has always been described as a symbol of Christmas. Its thorny holly leaves with their blood red berries are representative of Christ’s blood amid his crown of thorns. Legend claims that holly berries were originally white, but once Jesus bled for humankind it stained the berries forever. In Germany, holly is known as Christdorn (Christ thorn) and is connected to the story of Jesus’ suffering. These are not the only beliefs tying holly to Jesus. Others include the idea that the cross on which Jesus was crucified was made of holly and that holly sprang up from his footsteps. It is also a custom in Italy to bedeck the manger of the Saviour with holly.

There is an old English superstition that elves and fairies join people’s social gatherings at Christmas. This led to branches being hung up on the halls so that the fays might linger once spirits had no power to harm. It was important to make sure that the evergreen branches were taken down on Candlemas Eve, reflected in this poem:

“Down with the rosemary, and so
Down with the Bays and mistletoe;
Down with the holly and ivy all
Wherewith ye deck the Christmas hall;
So that the superstitious find
No one least branch there left behind;
For look how many leaves there be
Neglected there – maids tent to me –
So many goblins ye shall see”

In spite of these common Christian beliefs, holly also refers back to earlier pagan origins. The custom of decorating Christian churches and houses with boughs of holly is said to be taken from the Roman tradition of Saturnalia, a pagan festival honouring the agricultural god Saturn. During Saturnalia celebrations, it was a common custom for many people to exchange boughs of evergreen holly with their friends and family because the more traditional oak trees were bare around that time of the year. Holly was particularly sacred to the Druids for exactly that reason – it was an evergreen. For them, holly symbolised fertility and life everlasting and was thought to have special powers used as a charm against the evil eye, witchcraft, and unholy spells. 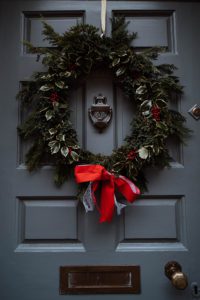 The Druids also believed that holly was a protective plant, so it was commonly used in winter solstice celebrations to ward off spirits and celebrate new growth. In Celtic lore and mythology, the holly tree was extremely sacred and symbolised goodwill and peace, and wreaths were said to ward against evil. Because holly is resistant to lightning, it was associated with the Celtic and Norse gods of thunder, Thor and Taranis, and was planted near dwellings to protect from lightning strikes. According to various floral vocabularies, holly had a wide range of meanings, including foresight and defence.

There are many other beliefs centred around Holly, from all across the world. For instance, the ancient Iranian Zoroastrians believed that the holly tree casts no shadow. In Persia and India, holly leaves are used as a tea, and water infused with holly bark is sprinkled on a newborn baby’s face. Roman natural philosopher Pliny the Elder claimed that the holly flower could freeze water, repel poison, and that if a staff of holly wood was thrown at an animal, it would make the animal lie down beside it.

Holly was said to be used for divination as well, but only if taken from the female holly tree (with the smooth leaves), known as she-holly. For the divination to work, the leaves must be plucked and collected in a three-cornered hanky late on a Friday night. It must be done by someone who would stay completely silent from commencement of the task until the dawn of the following morning. When the leaves are brought home, the person must choose nine to be tied up with nine knots in the handkerchief and placed under the pillow. That person would then have prophetic or predictive dreams.

In another form of divination, a maiden would place three pails of water on her bedroom floor. She must then pin three leaves of green holly to her nightdress over her heart before falling asleep. It is said that she would be woken from her first sleep by three yells, followed by three horse laughs and the form of her future husband would appear. If he was deeply in love and attracted to her, he would change the position of the pails. If not, he would leave them as they were.This particular spell was only said to work on All Hallows’ Eve, Christmas Eve, New Year’s Eve, and Beltane/Midsummer Eve.

Though holly is so wrapped up in Christmas holidays and festive celebrations, it’s clear that its rich cultural history originates from a long line of ancient mythological and pagan traditions. Narcissus, with its Greek and oriental associations, is an iconic and easily identifiable flower no matter where you go and is even related to the bright yellow daffodil! Beautiful flowers I am proud to be sharing with you in the month of December.