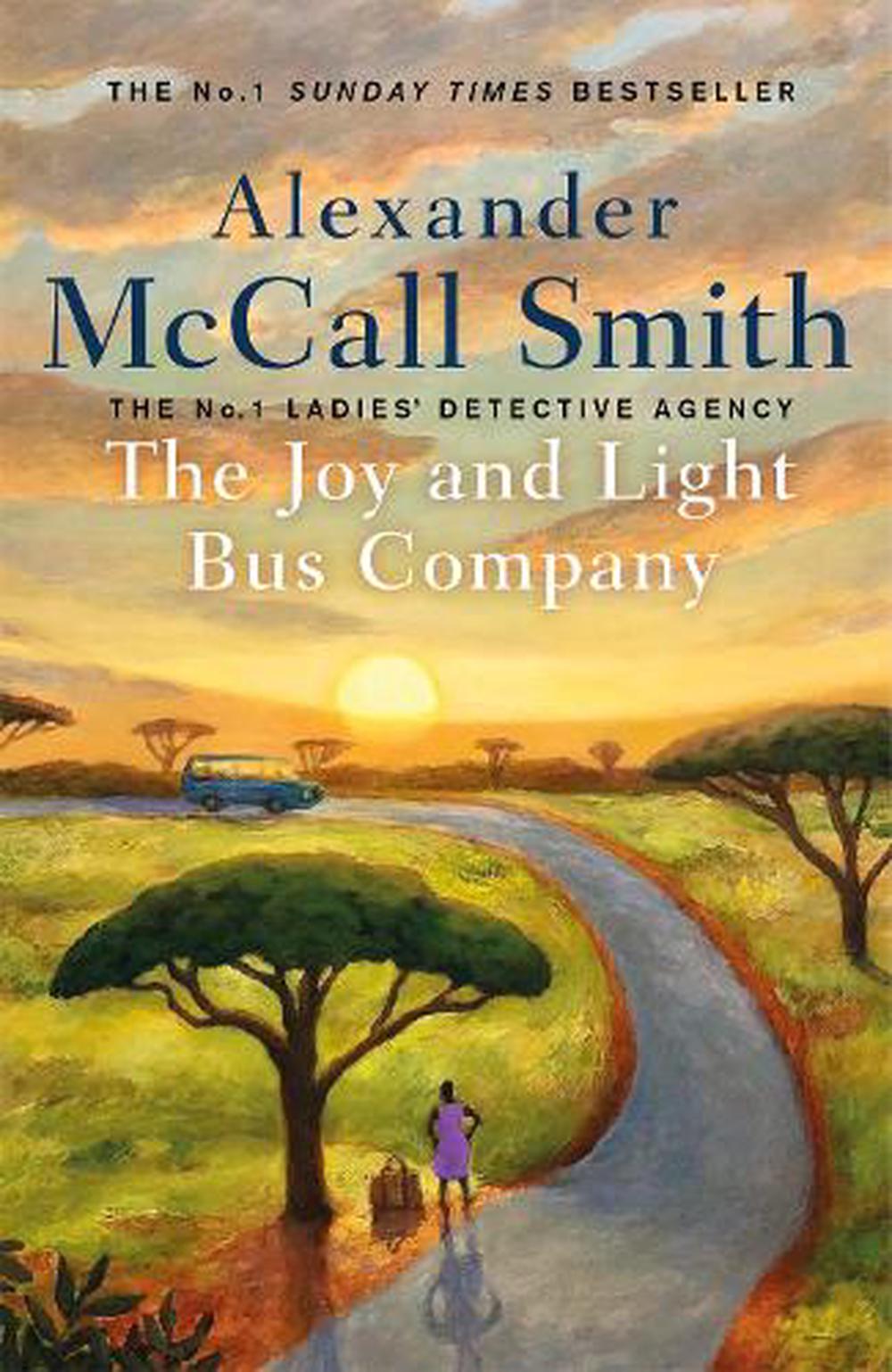 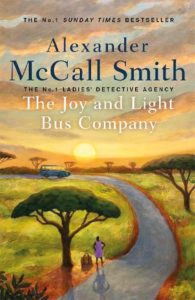 The Joy and Light Bus Company

In this next instalment of Alexander McCall Smith’s series, The No. 1 Ladies’ Detective Agency, the author famously and effortlessly steps once again onto the arid steppes of urban Africa: Botswana. The Joy and Light Bus Company has Precious Ramotswe being encouraged to impart her usual sound, goodhearted common sense to Smith’s readers – aided and foiled by her truly excellent and able assistant, Grace Makutsi (the most distinguished graduate of her year from the Botswana Secretarial College with a 97 per cent pass mark).

The Joy and Light Bus Company

In this next instalment of Alexander McCall Smith’s series, The No. 1 Ladies’ Detective Agency, the author famously and effortlessly steps once again onto the arid steppes of urban Africa: Botswana. The Joy and Light Bus Company has Precious Ramotswe being encouraged to impart her usual sound, goodhearted common sense to Smith’s readers – aided and foiled by her truly excellent and able assistant, Grace Makutsi (the most distinguished graduate of her year from the Botswana Secretarial College with a 97 per cent pass mark).

This is the 22nd addition to Smith’s ‘No. 1 Ladies’ Detective Agency’ ilk; Smith certainly is a prolific writer, and his other releases – around 100 of them – are bestsellers. The Isabel Dalhousie novels, the 44 Scotland Street series, and the Corduroy Mansions series all speak a particular narrative; a unique voice, pertinent to each collection, and resonate in ways relevant to their style – testament to Smith’s literary talents.

The Joy and Light Bus Company poses the question: How do you keep men happy? It weighs heavily on Mma Ramotswe’s mind as her dear, once depressive husband, Mr. J. L. B. Matekoni, attends a business course then, out of character, debates risking everything. Precious consults her best friend, orphan farm matron Silvia Potokwani for her always insightful opinions, and also, over much redbush tea, the rather brusque, definitive, and excitable Mma Makutsi.

As the three fathom their (in the case of Precious and Grace, often oppositional) answers, there’s also real detective work to be done. Their latest case concerns a family disputing their elderly father’s choice of benefactor. Mma Ramotswe and Mma Makutsi must put preconceived ideas aside and delve deep into the psyche of this vulnerable patriarch, his children, and his nurse carer.

The pace of The Joy and Light Bus Company is regular and measured. The characters are beloved. Every chapter is a simple delight and a revelation.

“Like all of Smith’s books, it is a softly kind read with characters that feel like friends or at least people you’d love to have as friends. It’s like wrapping yourself in a warm cosy blanket on a cold night.”- Lostinalibrary, 2021 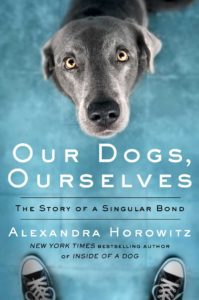 Our Dogs, Ourselves: The Story of a Singular Bond

The rawness with which dog cognition specialist Alexandra Horowitz opens her bestselling novel Our Dogs, Ourselvesalmost stops me in my tracks. Horowitz doesn’t mince words when talking about Russian psychologist Ivan Pavlov and his aim to reveal the “great intellectual development” and implicit “understanding and compliance” of the canine species. We can acknowledge ‘Pavlov’s Dogs’ as noted in his 1927 book, Conditioned Reflexes, but did we know that his analyses were formulated after repeated vivisections on his dear pet (and favourite specimen), Druzhok (“little friend”)?

Horowitz’s disdain for this practice and her debunking of the heroism of Pavlov and his cohorts is part of an intensely sympathetic theme that continues throughout the book. Horowitz herself runs a Dog Cognition Lab, but her modus operandi is lightyears away from that of early 20th-century animal behaviourists such as Pavlov.

Horowitz begins at the beginning, studying how the domestication of dogs has changed the life course of both Homo sapiens and Canis lupus familiarus.

Our Dogs, Ourselves goes deep into topics such as how we name and speak to our dogs (“You’re so cute and so smart. And worth money! I could marry you,” said a woman to her Goldendoodle), our social interactions, our dominion of dogs, and “how our human foibles and the laws of our culture restrict and reveal the dog-human bond”.

Horowitz looks at what it means, legally, to own a dog and the animal protection laws that have come to fruition (albeit grindingly slowly) to facilitate that ownership. Animal welfare is still in its infancy, and even in these ‘enlightened’ times, we can dispose of our dog as easily as throwing out an old, no longer needed cushion. Horowitz highlights the science – proven as recently as within the last 50 years – affirming dogs as sentient creatures deserving of the same rights as humans.

Our Dogs, Ourselves is also a light-hearted and humorous expose of our connection and affection with dogs as pets. Horowitz explains how we can improve that connection to better understand their sensitivities and needs: sniffing, playing, humping, rolling in mud (or worse!), splashing in puddles, and – my dog’s biggest love – swimming. Understanding these traits means enhancing our relationships with our beloved pooches and leading them towards a fabulous future.

Alexandra Horowitz is an Adjunct Associate Professor in the Department of Psychology at Barnard College in New York where she teaches courses on psychology and animal behaviour. She is the author of the #1 New York Times bestseller Inside of a Dog: What Dogs See, Smell, and Know. 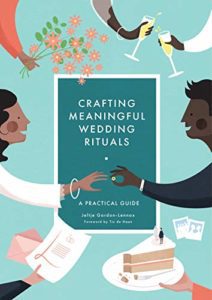 Certain time-honoured, traditional practices just don’t fit well within our current societal structure anymore. It’s an opinion that’s becoming increasingly commonplace in a fast-changing environment where inclusive and diverse mores are placing welcome pressure on the ever-stretching boundaries of convention. Traditional practices now require flexibility, tweaking or a complete overhaul. Many people want the freedom to tailor milestones and passages of life – birth, marriage, and death – in accordance with the beliefs, identity, and religious affiliation of their unique circumstances. This book makes those considerations possible.

Crafting Meaningful Wedding Rituals; A Practical Guide educates and engages us to self-explore who we are at the very core to discover more about the unique person who is or will be our spouse and our mate. The trend towards a more secular culture in Western society means that there can be greater flexibility in a wedding ceremony, but couples are often faced with the challenge of preparing a meaningful celebration outside the traditional religious framework.

This hands-on guide demonstrates how to approach and prepare a secular wedding ceremony that honours a couple’s relationship and shared values. In addition, it provides guidance on structuring a ceremony for couples that come from very different cultural or spiritual backgrounds.

Author of Crafting Meaningful Wedding Rituals; A Practical Guide, Jeltje Gordon-Lennox (M. Div) is a psychotherapist and founding member of the Ashoka Association. Ashoka leads a movement aiming to transform how young people grow up, so they can thrive as global ‘changemakers’ and entrepreneurs in a fluid world. According to Gordon-Lennox, changemaking starts with empathy and collaborative teamwork to break down the rigid hierarchies that are increasingly irrelevant to business and society.

Following the guidelines of the Ashoka Foundation, Gordon-Lennox runs a secular training institution for aspiring celebrants. Her books reflect these teachings and inform us about the art of creating unique new ceremonies that examine and explain the history, function, and place of rituals in different cultures. Her other books – titles such as Crafting Secular Ritual, Crafting Meaningful Funeral Rituals, Emerging Ritual in Secular Societies, Coping Rituals in Fearful Times – all help us create bespoke, personalised ceremonies that help make sense of the communities we live in.

Jeltje Gordon-Lennox’s presence via her public speaking circuit is in big demand as today’s society creates more challenges to non-secular ceremonies than ever before. 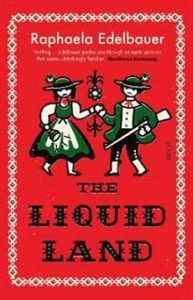 Raphaela Edelbauer is a young Viennese writer who has been published in literary magazines and journals since 2009. The Liquid Land is her debut novel, and it has already received accolades from top literary echelons. Translated from German to English by accomplished British writer Jen Calleja, The Liquid Land was shortlisted for the German Book Prize in 2019, took third place on the ORF Best List (best new literary publications from Austria and the world), and longlisted for the Austrian Book Prize. It’s a read that in translation has lost none of its nuances or intrigue.

The protagonist of the novel, gifted Austrian physicist and university lecturer Ruth Schwarz, is devastated when both her parents die in a car accident. She postpones her classes for the day and reels with the shock for many murky hours. Much later, Ruth sets about arranging her parents’ funeral but is soon confronted with a logistical problem to be negotiated alongside her grief. Her parents were of rural peasant stock, secretive of their humble origins. Their hometown is the Austrian village of Gross-Einland (Greater-Einland), and her parents’ wills request it to be their final resting place. When Ruth attempts to take the journey, she is initially thwarted: the town apparently does not exist.

Ruth perseveres and, as if by chance, eventually finds her way to the village where she can begin researching her parents’ ancestry. It’s a quaintly fascinating yet problematic little place. Its land is owned by a countess – a friend of her parents – who employs Ruth to help fix a disturbing discovery: the town is positioned over a great sinkhole that threatens to swallow it up.

The vast, subterranean cavern that forms the unstable foundations to Gross-Einland is a guilty shame that the community is at pains to camouflage. Ruth is tasked with the job of creating a slag filler for the hole before more lives are lost into its black depths, while in the meantime, the repressed wartime memory of its horrific story is slowly revealed.

The Liquid Land is at once tragic, absurdist, drily comic, and foreboding. Raphaela Edelbauer is an extraordinary new voice admirably narrating Ruth as she traverses an obscure, dreamlike theme.

“An unfathomable and imaginative parable about Austria and how it dealt with its National Socialist past … philosophical and fantastic.” – Florian Baranyi, ORF