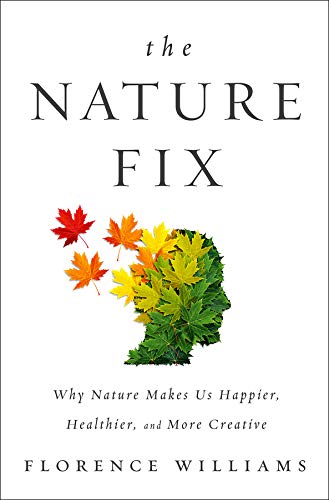 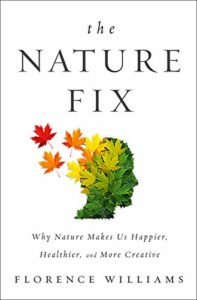 The Nature Fix: Why Nature Makes Us Happier, Healthier, and More Creative

The Nature Fix: Why Nature Makes Us Happier, Healthier, and More Creative

During Covid-19’s lockdown periods, more people than ever before visited their local park, beach, or private garden. It’s said that “nature got us through”, and though early on, boredom and frustration were prime motivators; the hook of endorphins resulting became a raison d’être (reason for being) for many. The idea of getting amongst nature and basking in that almighty greenness as the ultimate natural prescription for health and wellbeing is a life-saver. According to science, we are wired to be outside some of the time – and numerous anthropological studies will shower us with the data that proves this to be the case. Author of The Nature Fix: Why Nature Makes Us Happier, Healthier, and More Creative Florence Williams explains that our brains respond positively to the outdoors experience. Just a few minutes a day in a green space reduces our cortisol levels. Even the simple act of assuming the mantle of care for an indoor pot plant changes the way we feel.

Connecting with nature can produce the same effects as mind-altering drugs, manipulating the ways sufferers react to stressful conditions such as PTSD, ADHD, depression, and anxiety. Investigating an array of cutting edge scientific research, Williams treks to the cypress forests of Korea where she researches ‘Forest healing programmes’, to Scotland’s ‘Ecotherapy’ advocates, to the mountains of West Virginia where she encounters evidence of how nature affects children with ADHD.

Williams depicts discoveries that are ground-breaking and revolutionary of their ilk, but the essence of the work is nothing new. Poets, philosophers, and artists have all gleaned creative inspiration and solace from the natural world. Nature was purported to be the antidote to industrialisation more than two centuries ago. Yet our modern-day, fast-moving, hi-tech digital advances over the past fifty years have distracted us; our global connectivity has come at the cost of our mental and emotional health. And in the process, we have simply forgotten about the healing benefits of Mother Nature.

The Nature Fix: Why Nature Makes Us Happier, Healthier, and More Creative by Florence Williams is a proven green prescription for healthy living – and it couldn’t have come at a more crucial time.

“The author takes the reader through many real-life ‘experiments’ complete with data on blood pressure, heart rate, and many other scientific measurements. I had often wondered why my blood pressure automatically dropped the moment I stepped outside and walked through a forest of filtered light and birdsong – and now I understand why.” – Ava, verified purchaser on Amazon 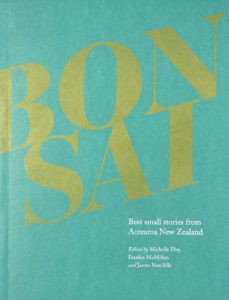 A lot rides on those first few moments of opening a book and flicking through its pages to get a ‘feel’ for the style. You might take a quick squizz at the formatting; test the weight and texture of the paper; check out how clear the navigation is; even how easily the book stays open without undue pressure on its spine. Although the front cover and title were what compelled you to take the book off its hopeful resting place, what piqued your attention initially may not live up to its promise of a good read.

I chose Bonsai: Best small stories from Aotearoa New Zealand because the understated, elegant cover pleased my aesthetic. My favouritism extended to appreciating the cover’s simple design in jewel-like Marrs green (2017 winner of The World’s Favourite Colour – British paper merchant G.F Smith), and the anticipation of satisfaction inferred by the word ‘Best’. The pages were light and smooth, and yes, the book was easy to handle, but what made me more excited than anything were the words.

This pretty book holds a collection of short stories from a diverse range of some of New Zealand’s most eclectic writers. Bonsai (the practice of creating miniature trees) as the title is utterly apt. These are writings that have been composed with precision, trimmed to their essence, and honed with love and respect. Each word speaks at a much louder volume than long-form prose – out of necessity – and as readers, we are all ears. The style is known as ‘flash fiction’ – and I’m afraid to say that the term was not one I had come across before. Coined as such in the ‘90s, the genre itself has been around since Aesop’s Fables times. It was championed in New Zealand in the early 20th century by Katherine Mansfield and later by Frank Sargeson, and internationally by Anton Chekhov (Mansfield’s inspiration), Gertrude Stein and others.

Bonsai: Best small stories from Aotearoa New Zealand reflects this fast-growing genre perfectly. For those who’d like to know, flash fiction encompasses “works of extreme brevity that still offer character and plot development”. You can learn more about the term, if you like, by skipping to the back and reading several excellent essays commenting on this literary style and others.

Flash fiction comprises seven identifiable varieties, known interestingly as “twitterature”; the “dribble” (or “minisaga”); the “drabble” (or “microfiction); “sudden fiction”; “flash fiction”; and the “micro-story”. Clearly, the Internet has leveraged the style into one that is accessible to everyone – and in fact, the creation of Bonsai was inspired by its editors who saw online prose deserving of the embrace of a print version.

Dribble or drabble as the case may be, the stories in this compilation are written beautifully by authors that have no problem conveying words that are punchy, poetic, succinct, intriguing, and sometimes shocking. Appropriately, Bonsaialso includes several Japanese haibun (prose and haiku) as part of 200 small stories of no more 300 words that are a joy to read.

“Slippery, and exciting … The stories come at you directly, and then turn askance, and then slap you in the face.” – Allan Drew, Creative Writing and Science Communication, Massey University, and contributing essayist 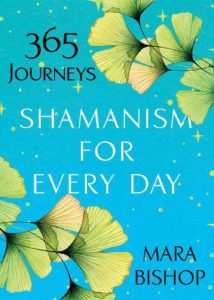 Shamanism for Every Day: 365 Journeys

The word “shamanism” is linked with esoteric religious rituals performed by certain indigenous cultures to connect with nature and the spirit world. What I didn’t realise is that shamanism’s deep connection to the ‘divine in all things’ formed the basis of many formalised religions, from Buddhism to Christianity, and across six continents. With this book, Shamanism for Every Day: 365 Journeys by Mara Bishop, its benefits can be experienced by anyone.

Early evidence of shamanism dates back to the early Upper Paleolithic era (c. 30,000 BP) in what is now the Czech Republic. A shaman is, according to Wikipedia, “one who knows”. The knowledge he holds applies to the codes that endorse the shaman’s societal culture. Music, art, dance, animals, and storytelling represent these codes and the shaman uses his familiarity with them to communicate to the spirit world and his audience.

The indigenous peoples of South America, Northern Asia, Australia, America, and Russia practised shamanism to impart healing and positive energy, practise divination, healing, fortune-telling, and to guide the souls of dead towards the afterlife. The act of inspiring positivity is one that particularly resonated with me when I picked up Shamanism for Every Day: 365 Journeys because positive transformation is what this book is all about.

Author Mara Bishop calls her book “backyard shamanism”, and here are 365 beautiful shaman journeys for us to explore at home. Short meditations, exercises, and visualisations intended to enhance your sense of wellbeing and stay connected to your own sources of wisdom and intuition, each is from someone with something profound to share, from J.K Rowling, Isadora Duncan, Stephen King, Albert Einstein, Shakti Gawain, Anne Frank, Oprah Winfrey, Desmond Tutu, Marcel Proust, Steve Jobs, and Patti Smith, and on subjects as far-ranging as loss, fear, celebration, gender, culture, health, food, and peace. Just tune in and ask for guidance to:

What will your journey be today?

“A beautiful and timely book … These practices are so needed right now to restore balance to the planet and our own lives.” – Sandra Ingerman, author of The Book of Ceremony 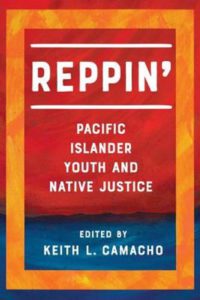 Rating: Too new for a rating

Not so long ago, I reviewed an anthology of collected works by ni-Vanuatu women describing the actions that have shaped their nation. These women were impassioned by the confinement of their opinions to date and the book unleashed a roaring of their long-silenced experiences.

I picked up Reppin’: Pacific Islander Youth and Native Justice, edited by Keith L. Camacho, expecting a similar outpouring of justifiable emotion. In a society that even today struggles to de-favour colonialism and its racial counterparts, I was pleased to read the acknowledging forward saying the book was the product of “labour, love, and laughter”.

Reppin’ comprises (in anthology form) ten essays in three parts: Governance, Law and Education; Popular Culture, Social Media and Hip Hop; and Indigenous Masculinities and its writers hail from Pacific Island Samoa, Vanuatu, Tonga, the Marshall Islands, Hawaii, and Aotearoa New Zealand. Each contributor represents disciplines as many and varied as anthropology, education, ethnic studies, history, law, media studies, musicology, nursing, social work, and sociology. Each writer is a scholar with a stance and a story to tell; all make for enlightening, well researched, and awakening reading.

The essays are as diverse as they are informative; Māori youth courts and Tongan faikava (kava-drinking) circles in Auckland, Tongan storytelling in Salt Lake City, Marshallese hip hop and spoken-word poetry in Arkansas, ni-Vanuatu multimedia in Port Vila, and native Hawaiian beachboys in Honolulu, amongst other stories.

An introduction by Keith L. Camacho describes each chapter as revealing “how Pacific Islander youth continue to define and redefine themselves in white cities that would otherwise render them as deviant and disposable.”

Indeed, these Pacific Island youths are radical, brave, and outspoken. While they try to resist and survive colonialism and its governmental after-effects; incarceration, militarism, and gentrification, they also pay tribute to the influence of other Black cultures on how society plays out today. As activist Angela Davis observed: “Those of us who are older have a great deal to learn from our younger sisters and brothers who are in a position to than we are to develop the political vocabulary … that can potentially move us forward.”

Let’s listen and heed the dynamic power of Pacific Islander youth to reshape the present and future of settler cities and other urban spaces in Oceania and beyond.

“One-of-a-kind and illuminating: something that not only fills a large gap in the literature of urban youth studies worldwide but also offers fresh perspectives about what it means to be from voices, places, and within situations we usually don’t hear about.” – Rick Bonus, author of Locating Filipino Americans