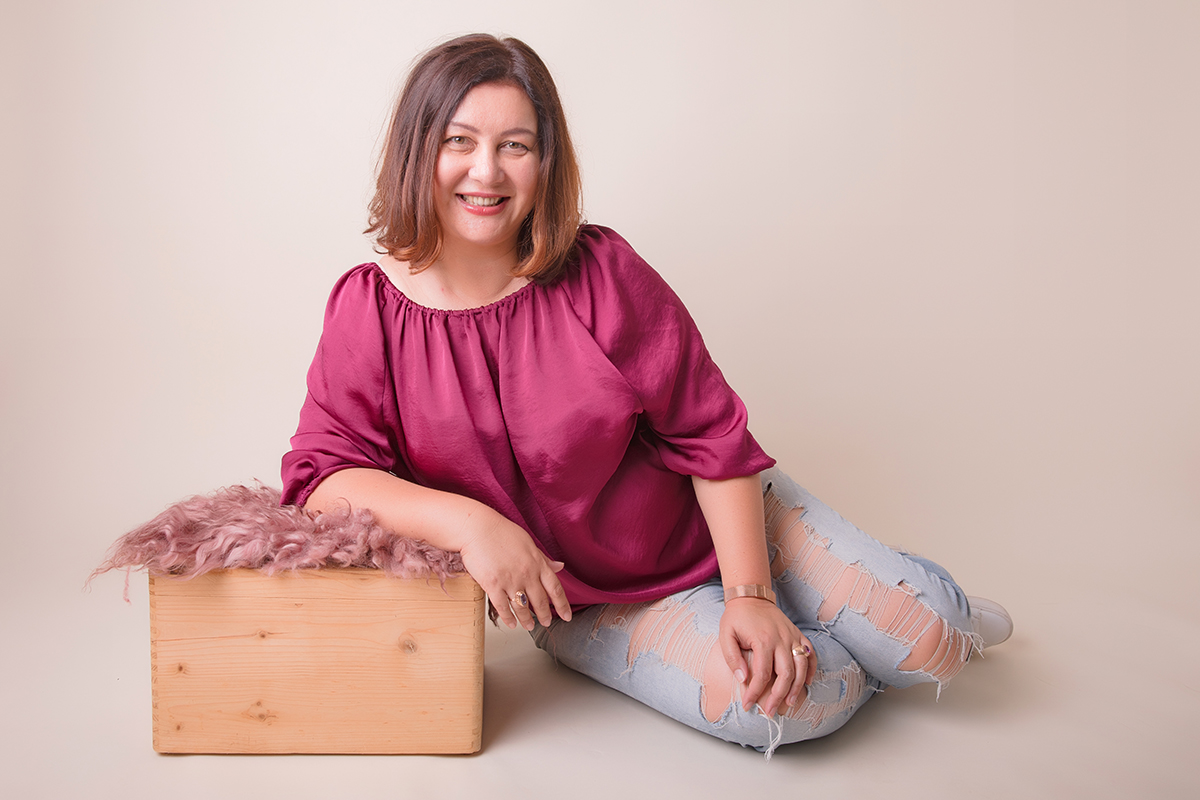 BiograView has moved to new premises and I am very happy to welcome its first guest in the studio, Olena Williams from Russia. Olena is a bubbly person whom many of us know as the presenter of Taranaki Foodies with Area 41 on The Most FM.

Olena comes from Kiselyovsk in Siberia, a little town where normally miners and their wives live. With a Russian mother and Korean father, Olena comes from a mixed ethnic background, and is a citizen of Ukraine. At school in Ukraine she learnt Ukrainian but is now refreshing her knowledge of the language which now she can actually read and write. I am impressed.

I find it interesting that Olena is multicultural and want to know what made her decide to come to New Zealand. As it happens, romance is what brought Olena here. She met her now husband many years ago while working in marketing in Ukraine. Somehow they came across each other online and got into conversation. A conversation which continued after a few trips to and fro between New Zealand and Ukraine which gave them time to get to know each other.

Having a family was on Olena’s mind – she tells me she wanted to be a housewife, or, as she called it – a house goddess! The man from New Zealand seemed to be the perfect partner for her. She calls him the best person she has met in her life, her mate, and a wonderful father. They are a blended family and have one son together who speaks Russian with an accent. I admire it because I know how hard it can be to be in a relationship as a migrant with an English speaking partner (in New Zealand) – to switch over and speak your native tongue, let alone teach it. Family dynamics are important for Olena. It’s a journey she fully embraces. She acknowledges her stepchildren respectfully. Although they are adults – psychologically they are junior to her and she feels she owes them a service. “I want to help them whatever they’re doing,” she says.

Family life can be a challenge as well, having come from a different background. “In Soviet Union we have different views,” Olena acknowledges. There are things that are done differently in different parts of the world, for example views on religion or politics, money, and how to raise children. She tells me: “It is sometimes hard but whatever I do comes from a good heart. I’m sure I make a lot of mistakes like many people, but I hope they all forgive me.”

We talk a bit about Olena’s background. She tells me that in Ukraine she was working with a company in the era of the beginning of social media. I ask how she got involved with The Most FM. “I didn’t plan it,” she says, “but my second education was around journalism. There was a first university in a free Ukraine after the Soviet Union broke. And this was funded by George Soros, a very controversial personality. But he did a good thing for me personally. So I got a grant and studied for free but I also got a free money to sustain. I went to the marketing side of journalism. After graduating one of the teachers offered me a job and since then I was always in marketing. I was responsible for places like Polytechs and their content and delivering and making sure that viewers can connect with it.

In New Zealand Olena found her new passion of cooking. “I started to have my cooking classes which are based on ethnic cuisines which kind of comes from my mixed ethnic background and the fact that I have a lot of friends from different ethnic backgrounds. I had these classes for a while and I was just probably in the right place at the right time. So guys from The Most FM asked me whether I wanted to be a presenter for the show and I said ‘yes’ and never looked back.” She tells me that her passion in life is people, and connects with them through food, the radio show and her marketing messages. 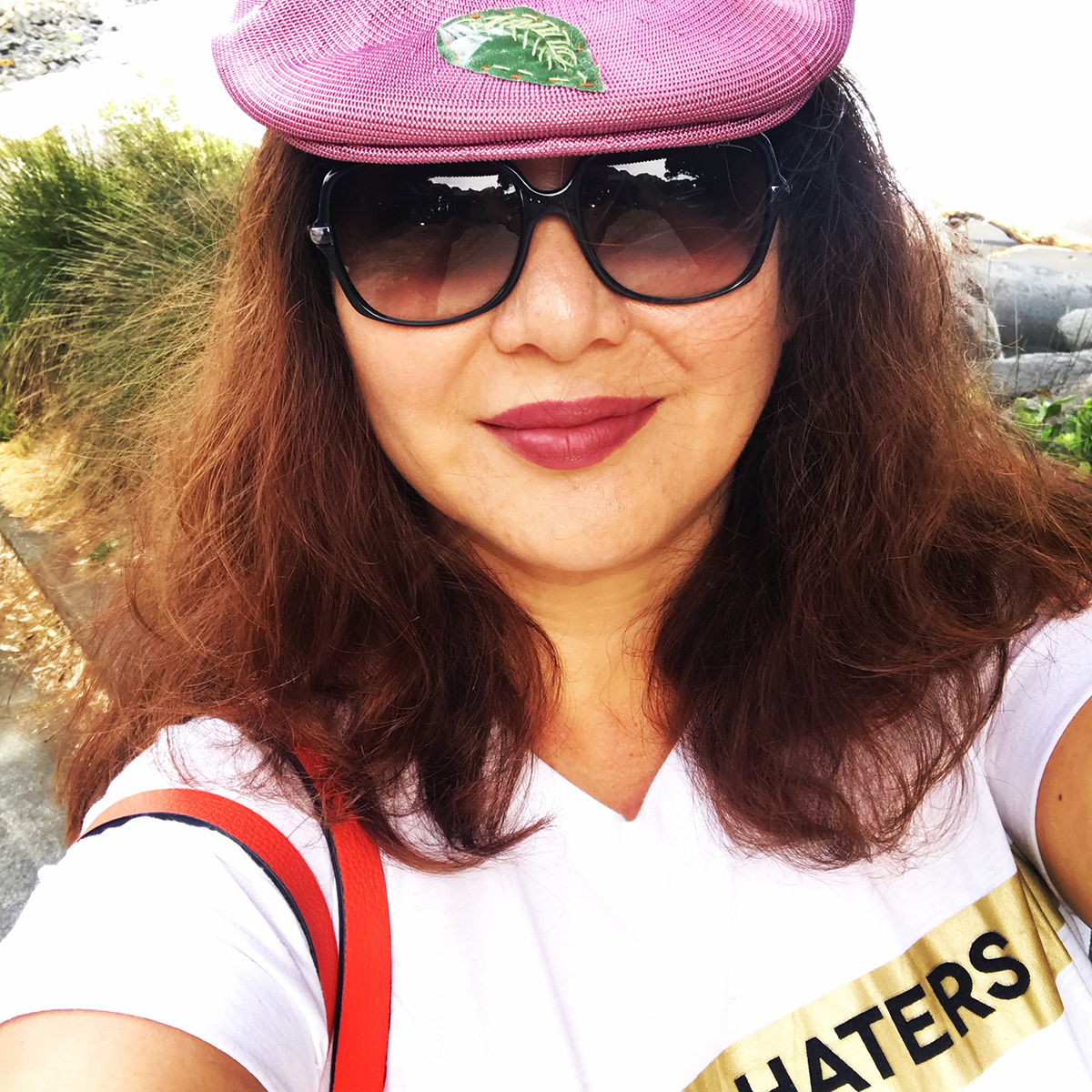 Olena loves connecting with people through her media messages.

“Suddenly you find yourself doing cooking classes and a radio show,” I say, and ask if that has had an impact on Olena’s life.
“It did,” she confirms. “Everything we do impacts our life but it didn’t impact it in a bad way because my husband is actually quite proud of what I achieved. He never thought that this hobby was going to be something serious but suddenly I got some recognition for it. I’m a member of a New Zealand Guild of Food Writers and the fact that they offered me this (job) was actually a recommendation on its own. People recognise me in cafes and restaurants. I know a lot of chefs and restaurateurs and people in food industry. So I believe that he feels proud, like he’s sometimes proud of his own children, he’s proud of his wife. Family dynamic never stays the same, whatever we do because we grow – we grow out of our own shoes.”

“Do you find that family aspect, the dynamics within the family, would have been one of the challenges you’ve had to deal with?” I ask.
“In a way yes,” Olena replies. “As a speaker of a second language I’m sure I don’t understand some nuances even now after seventeen years. But the hardest was the first year because although I already spoke English it was like half of the conversations I totally didn’t get. And it’s not about the language knowledge, it’s about to talking about something local. Whom they met, when they met, or what they did. And why is it funny. Because it was something trivial. I didn’t know a lot of background. It’s not about family but more or about the language barrier. So I’m eager to tell everyone who comes to New Zealand to learn the language because language is a great way to learn the culture.” She adds that a good way to learn the language can be to work as a volunteer at a rest home where you have conversations in the local language.

I want to know if Olena’s husband speaks her language. She explains that although he made good progress, learning to speak Russian or Ukrainian might have been a barrier for him because she put more effort into learning the English language herself. ”But I did encourage my son to lean,” she says.

Olena tells me that in Russia they have really interesting celebrations traditions around holidays. “For example Easter is very bright and a cheerful. For most of the new Russians it’s not a religious related holiday anymore. It’s kind of like a celebration of the spring because in the northern hemisphere it’s springtime. A lot of people get together. They paint eggs together. Some of them go to church and kind of let holy water to be spread on it. Some people just get out, have the first barbecue of the year there. So it’s family time, friend time. It’s always some sort of a celebration.” They also fast during this period where they don’t eat meat, fish and eggs. After the fast “…you breathe out,” she demonstrates, “and celebrate it.”

She has also tried to introduce toasting in the family. “I think that people need to tell us (good things about us) when we are alive,” she says. “I think toasting at the table when you have a glass of juice or glass of wine is a good time. I think that it gives people recognition and also approval. If they’re going in the right way, they’re valued in the family. I think that it will be a nice tradition from Slavic countries to introduce in New Zealand culture.” I agree.

I want to know if Covid-19 has affected Olena in any way. She tells me it wasn’t easy. “For me it was horrible,” she says. “I realised that I’m more extroverted than I was thinking before so I really missed people, the fact that people touched me. I’m a big hugger. I learned not to do it because in some cultures you don’t touch a person’s body. Although in my (Covid) bubble there was my husband, my son and our boarder, it still wasn’t enough for me. I missed bigger meetings and greetings and I’m praying that we wouldn’t go into another lockdown 4. This was really hard. I hope that humanity will find a treatment for it.”

I ask if Olena has any future plans or goals. She tells me about her cooking class coming up after our interview, and in terms of her longterm goals: “I have a lot of exciting plans around virtual reality because I want to add virtual reality to my cooking.” I ask what she means by virtual reality. She explains: “I mean I would like to be a Pokémon in everyone’s kitchen so you put on goggles. You see me and we’re talking about how to cut the onion and not to cry, or we talk about traditions.” She gives a few examples. “I think that the market is ready,” she says.

“So this is already happening?” I ask. Olena tells me that with the Covid disruption she is somewhat delayed but there is already a lot of knowledge that people have developed.
“At the moment it’s just a dream” she tells me. “When I started the business this was what I was going to do from the very beginning. I had connections with many people who work in this industry. But the market wasn’t ready or,” she adds, “I wasn’t ready, or the universe wasn’t ready. So it didn’t happen before. But now all those talks started to happen again and more people are involved. The government is actually supporting the industry so I’m interested to see what others are doing and maybe find my own path.”

If you have listened to Olena’s radio show you may be aware that she also works with children. “I do school holiday programs for children,” she says, “to teach kids how to be broadcasters. How to speak, how do be heard, how to speak publicly, how to make your own content for YouTube, radio and so many other things.” Recently they have added new content and have introduced commercial music to their repertoire. For example they teach kids how to make a jingle for radio or make music for a YouTube channel, how to do intro or outro for radio as well as write music as in advertising for a radio show. Olena tells me there is a producer from Auckland who works with international talent and who is interested in working with her. It sounds exciting. “Can you imagine it for teens in Taranaki?” she says. “This is a unique course. So many talented adults devoted to it. They want talented kids to thrive and it’s really cool.”