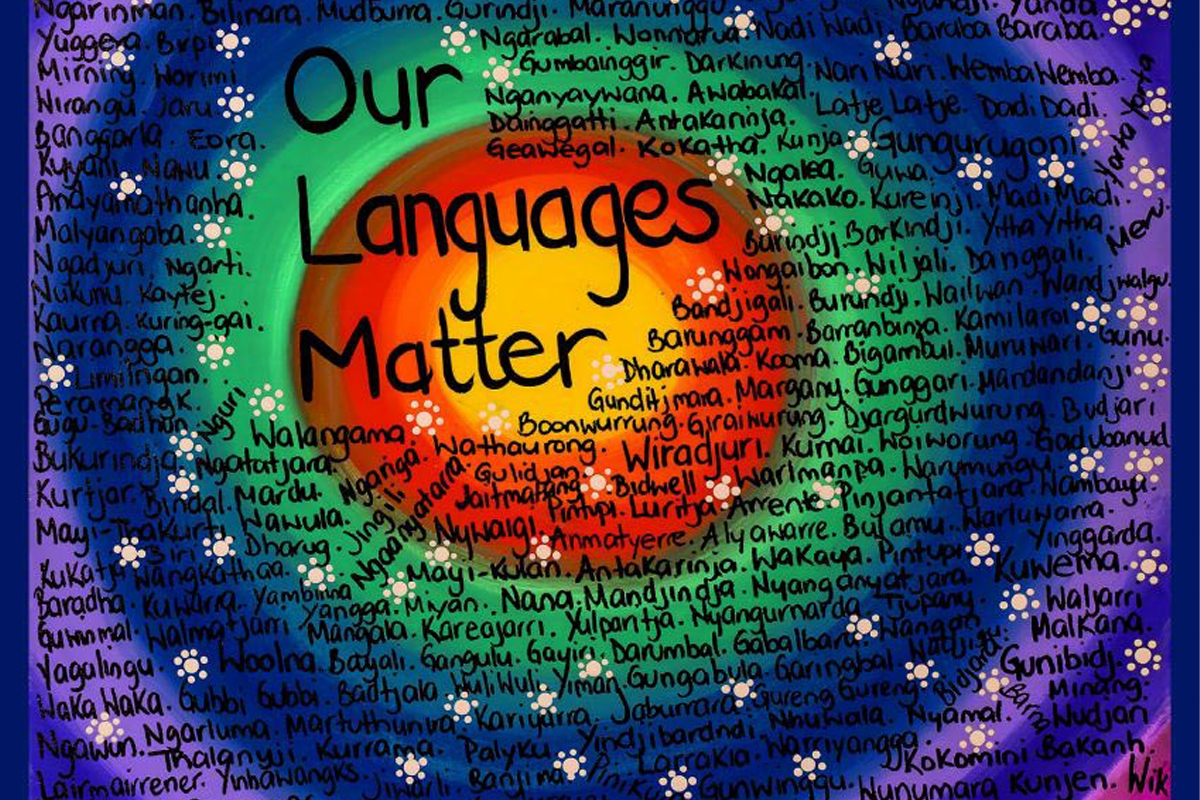 Aboriginal Australians are one of the most ancient cultures and oldest continuous populations in the world.

A genome extracted from a 100-year-old hair sample in Western Australia revealed that Aboriginals descended from a single human lineage who migrated from Africa to Southeast Asia to Indonesia to New Guinea to Australia, around 70,000 years ago, during Paleolithic times.

Their arrival in Australia is regarded as one of the earliest migrations and is integral to what scientists labelled the ‘Out of Africa’ movement.

The migration was made possible due to its timing at the end of the Pleistocene epoch when sea levels were much lower than they are today. Once the migrants reached the

Aboriginal Australians are one of the most ancient cultures and oldest continuous populations in the world.

A genome extracted from a 100-year-old hair sample in Western Australia revealed that Aboriginals descended from a single human lineage who migrated from Africa to Southeast Asia to Indonesia to New Guinea to Australia, around 70,000 years ago, during Paleolithic times.

Their arrival in Australia is regarded as one of the earliest migrations and is integral to what scientists labelled the ‘Out of Africa’ movement.

The migration was made possible due to its timing at the end of the Pleistocene epoch when sea levels were much lower than they are today. Once the migrants reached the island of Timor, they could see the Sahul Shelf (the continent of present-day Australia, New Guinea and Tasmania subsequently became known as Sahul) and ‘island-hop’ using land bridges to walk to the rest of the continent.

It wouldn’t be so easy to island-hop these days. Although Australia separated from the great continent of Gondwana around 96 million years ago, it is only during the past 10,000 years that rising sea levels have flooded the lowlands and separated the area into today’s low-lying mainland and the two mountainous islands of New Guinea and Tasmania.

With the separation of the continent came a settling of the people, and once the great migration was over, the ancestors of today’s aborigines hunkered down in their new homes — for tens of thousands of years.

Spoken language didn’t arrive on the scene until around 6,000 years ago. Scientists maintain that the Aboriginal Indigenous language spread from one Mother Language, dubbed Proto-Australian. From this came Pama−Nyungan (meaning ‘man’) − the most widespread family containing perhaps 300 Aboriginal languages and about 700 dialects.

Other linguists claim that indigenous language originated as far back as the end of the last ice age, around 13,000 years ago, when there was still a land bridge between New Guinea and Australia. If correct, then the continental division possibly explains why two distinct groups of primary Aboriginal language evolved, the Pama−Nyungan and (rather simply) the non-Pama−Nyungan.

Whatever the case, before 1788, Pama−Nyungan covered 90% of the country. Over half of that family of languages is now extinct.

When the British arrived in 1788, between 550,000 and 950,000 Aboriginal people were estimated to live in Australia. Over 250 distinct language groups were in use, by roughly the same number of social groups. But with colonisation came disruption, and as indigenous groups broke up, many languages were also fractured.

This linguistic devastation came about because Europeans believed English literacy to be the answer to Aboriginal advancement. Missionaries forbade speaking Aboriginal languages in the belief it would hinder the attainment of English literacy.

In the early 19th century, as English spread, it threatened Aboriginal connections between language and country. Disregarding indigenous language meant disregarding the power of its speakers and their relationship to the land – aspects of Aboriginal culture tightly entwined and, in some cases, spiritually founded.

At a fundamental level, Indigenous Aboriginal language was believed to have been revealed by Creative Beings (or Dreaming Ancestors; The Dreaming).

The Dreaming is also referred to as Dreamtime; considered to be an inadequate European mistranslation of Aboriginal Creation mythology. The Australian anthropologist W.E.H. Stanner conveyed the idea more accurately in his 1956 essay “The Dreaming”, in which he coined the term ‘everywhen’:

“One cannot ‘fix’ The Dreaming in time: it was, and is, everywhen.” He added that The Dreaming “ … has … an unchallengeable sacred authority”.

The Dreaming, or Everywhen, describes when ‘the ancestral spirits came up out of the earth and down from the sky to walk on the land where they created and shaped its land formations, rivers, mountains, forests, and deserts. These spirit ancestors gave Aboriginal people the lores, customs and codes of conduct and are the source of the songs, dances, designs, languages, and rituals that are the basis of Aboriginal religious expression. The ancestor-beings are alive in the spirit of Australian Aboriginals’.

Gula Lalara is an Elder, storyteller, and master singer of the Warnungwamadada clan, Groote Eylandt. Gula believes that ‘language is embedded in the earth’. He explains:

(“These words of ours are from the old days before we were born … The words come from our ceremonies to teach us about places and relationships.”)

While The Dreaming’s spirituality, language, and land are synonymous with one another, so is the belief that communities are created and recreated by speech, texts, and songs. Through common language, people participate in their common history. Shared by young and old, stories and songs pass through the generations by a common language, and in this way, language is a foundation of culture.

“Language is part of our songlines, stories, spirituality, law, culture, identity and connection. Language transfers important knowledge passed down from our Ancestors and Elders that guides us.” – Lynnice Church, Ngunnawal tribe.

The value in protecting, restoring, and using indigenous languages seems obvious. Efforts to increase momentum in this direction were made in the 60s when The Yirrkala bark petitions inspired legal recognition of Aboriginal land rights and culture.

Renewed awareness and interest in indigenous language resulted, and progress continued in 1973 when the Commonwealth government introduced mother tongue education at some Aboriginal schools. ‘Two-ways’ education became increasingly called for, highlighting the long-awaited acceptance of the importance of recognising both western and indigenous knowledge.

Revival was well on its way!

In the late 90s, Peter Austin and Alan Dench wrote a series of localised dictionaries such as A Dictionary of Yinggardain which “such words as ‘muni’ … included, a new word for money. The old word, ‘parlu’, meant stone and doubled for money, when coins were common exchange. For languages to survive, such changes must take place.” − Paquita Boston, Language Lives! In the Aboriginal Place Names of The Gascoyne (2019).

As designated Australian National Living Treasure and actor Ernie Dingo put it at the time: “This book is a White step in the Black direction”.

Hot on their heels came Macquarie Aboriginal Words: Datiwuy, Eastern Arrernte, Murrinh-Patha (2020), and other editions such as The Dhurga Dictionary and Learners’ Grammar by Patricia Ellis (2020) followed.

In 2001, a docudrama series Bush Mechanics (filmed in Warlpiri) gained popularity, as did the movie Ten Canoes in 2006, both of which made extensive use of Australian Indigenous languages.

The Australian Society for Indigenous Languages has put out literally dozens of both digital and print resources. And between 2011 and 2015, about 70 sound-printed books were produced using aural technology to improve Aboriginal language literacy and use.

In 2016, The New South Wales government announced legislation for protecting and reviving NSW Aboriginal languages. Today it’s possible to study Indigenous Languages Education or Yolngu Studies at university. Or you could learn a word a day through ABC Radio National’s Word Up.

But these efforts are not confined to Australia! In New Zealand, linguist Dr Hilary Smith (an honorary research fellow at Massey University’s School of Humanities) has co-written a series of children’s books in Gamilaraay – an endangered Aboriginal language she is working to revive.

Acknowledging the need for cultural relevance in her stories, Dr Smith developed a framework based on the Gamilaraay idea of bina (ear):

“In many Aboriginal languages, the ear is the centre of cognition rather than the heart. It is related to words to do with listening, understanding, knowing, respecting and for knowledge – all come from the word for ear.”

Efforts to rediscover language thought lost via journals, tapes, and the few words shared by Elders is restoring faith in the resurrection of Aboriginal language. Newly-constructed indigenous languages are even afoot, such as one currently used in Lajamanu (Northern Territory) called Light Warlpiri.

2019 was the International Year of Indigenous Languages.

It’s important to remember that Australia was a nation of over 250 Australian Indigenous languages, not just one. Increasing the visibility and awareness of indigenous languages in any part of the world will help us understand the pluralism that created the rich fabric of all culture.

At the start of the 21st century, fewer than 120 Aboriginal languages are still in use. Many are highly endangered. But while some languages might lie dormant, they are not lost forever. What will the next decade bring?