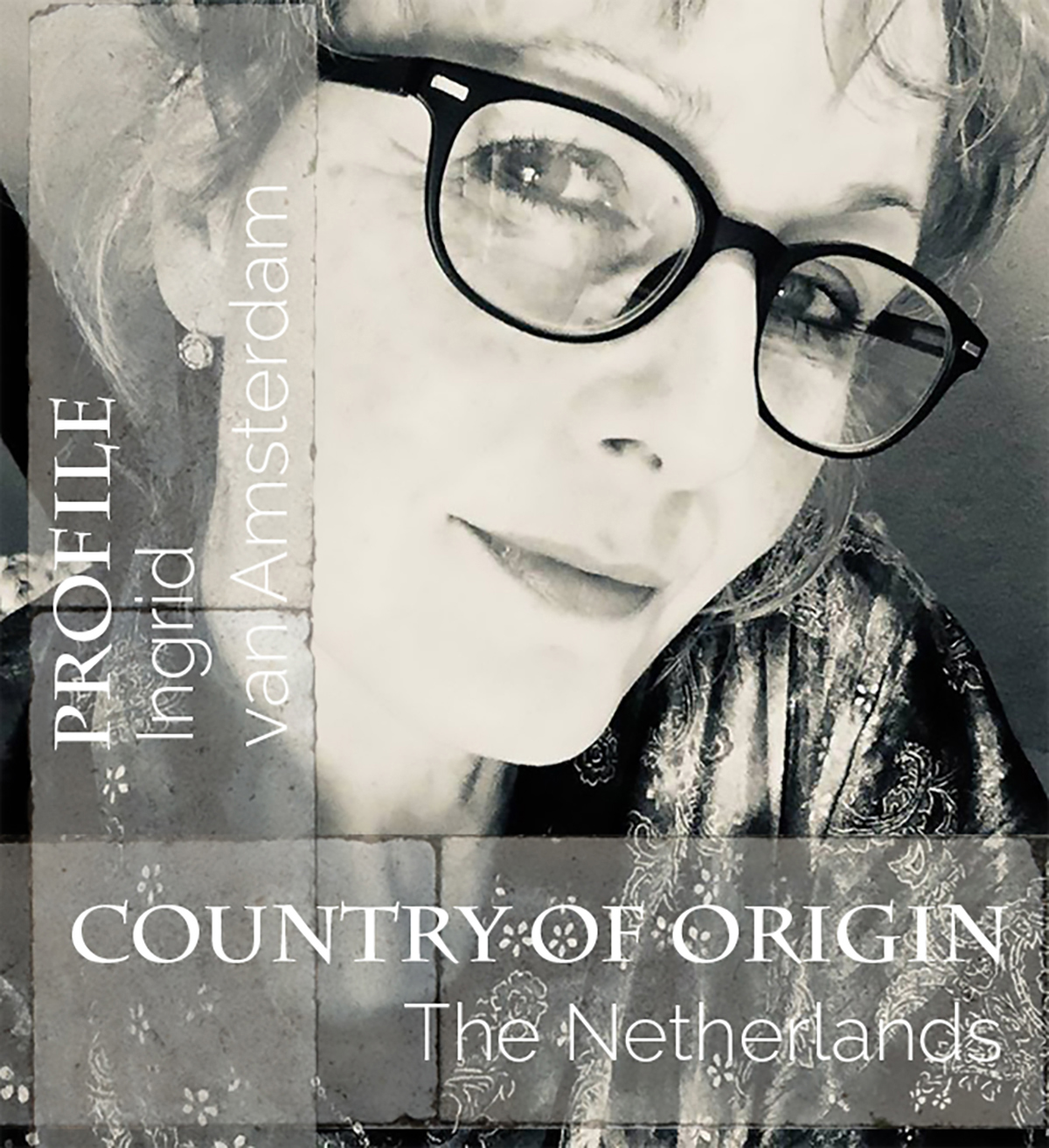 Motivation to live in New Zealand
Ingrid flew to New Zealand from the Netherlands in 1988 to attend her grandfather’s funeral. At the time she had been working as management secretary for a large bank but was ready for a change and contemplated staying in the country. After thorough consideration she decided that she had nothing to lose but everything to gain and always ready for a challenge, Ingrid figured that it was worth trying out the unknown.

Occupation
Starting out as massage therapist at a Mairangi Bay health and fitness centre, she auditioned and got a part as a dancer and inmate for an Auckland rock opera called Mania written by Robert Simonson and directed by Gordon Hall. It is something Ingrid fondly remembers. To make travel to rehearsals a little easier she moved from the East Coast Bays on the North Shore to Auckland, where she found part time work with a domestic services agency. Her work included house cleaning and home help for an intellectually and physically severely disabled couple living independently. She developed a good relationship with the couple who enjoyed their intelligent conversations but after some months of taking care of them and establishing a great connection, personal reasons saw her move to Taranaki. Not long afterwards Ingrid had one of her drawings exhibited in the Govett Brewster Art Gallery as part of the Telecom Taranaki Art Awards. Around the same time she also worked briefly for a sign writer and later in the kitchen and as a waitress in the popular Stratford Mountain House.

Motherhood
For a number of years Ingrid, now a mother of six, stayed at home to raise and homeschool her children. She is very grateful for having been able to be so close with her children but after a turn of events it was time for a change. She decided to enrol her children in school and took up some courses herself in performance and theatre and learn the basics of te reo Maori at the local Polytech. For a while Ingrid worked at a hotel as a waitress and was so lucky to be able to volunteer as a minder for Les Yeux Noirs from Paris during Womad 2005, who nicknamed her ‘Mum’!

More activities
In 2004 Ingrid started Shotokan Karate classes, alongside her children. She went on to achieve 2nd Dan Black Belt in 2010. She found a job interviewing on behalf of government departments for the purpose of research. Ingrid enrolled in Creative Technologies which she did part time next to her work and graduated after a period of four years. Ingrid has enjoyed writing short poems and creating multi media art. She has exhibited some of her work in New Zealand and Germany. In search of a new home to live in, Ingrid decided to take up real estate and became a real estate sales consultant in 2016 and practiced this for twelve months, then to return to her work as interviewer in 2017.

In 2007 she started her healing practice from home, which you can read about here. One of the things Ingrid really values and enjoys is the freedom to manage her own time, making it possible to maintain an array of activities.

Writing
As a real estate sales consultant Ingrid was invited to talk to a group of migrants about buying property in New Zealand at Migrant Connections Taranaki (MCT). The presentation turned into a booklet which was handed out and very well received by the migrants and management of Migrant Connections Taranaki as well as Citizens Advice Bureau who were present at the time. Later in the same year Ingrid accepted a position as one of the trustees for MCT. The following year she was asked to write a book about migrants who now call New Zealand their home, published in the same year. It is a free publication also available in print through New Zealand national libraries and local high schools.

Ingrid wrote The Death and Birth of My Mother and I after spending the last few weeks with her mother as her mother’s full time carer following a diagnosis of terminal cancer. To view some of Ingrid’s work please click here. She now enjoys the continuation of migrant stories, writing biographies and and business profiles. You can contact Ingrid here for more information.

Happiness
You could say that so far Ingrid has enjoyed her life in New Zealand very much, so much so that like so many other migrants, also she calls her new country her homeland. She has never looked back and looks forward to a bright future in every way.