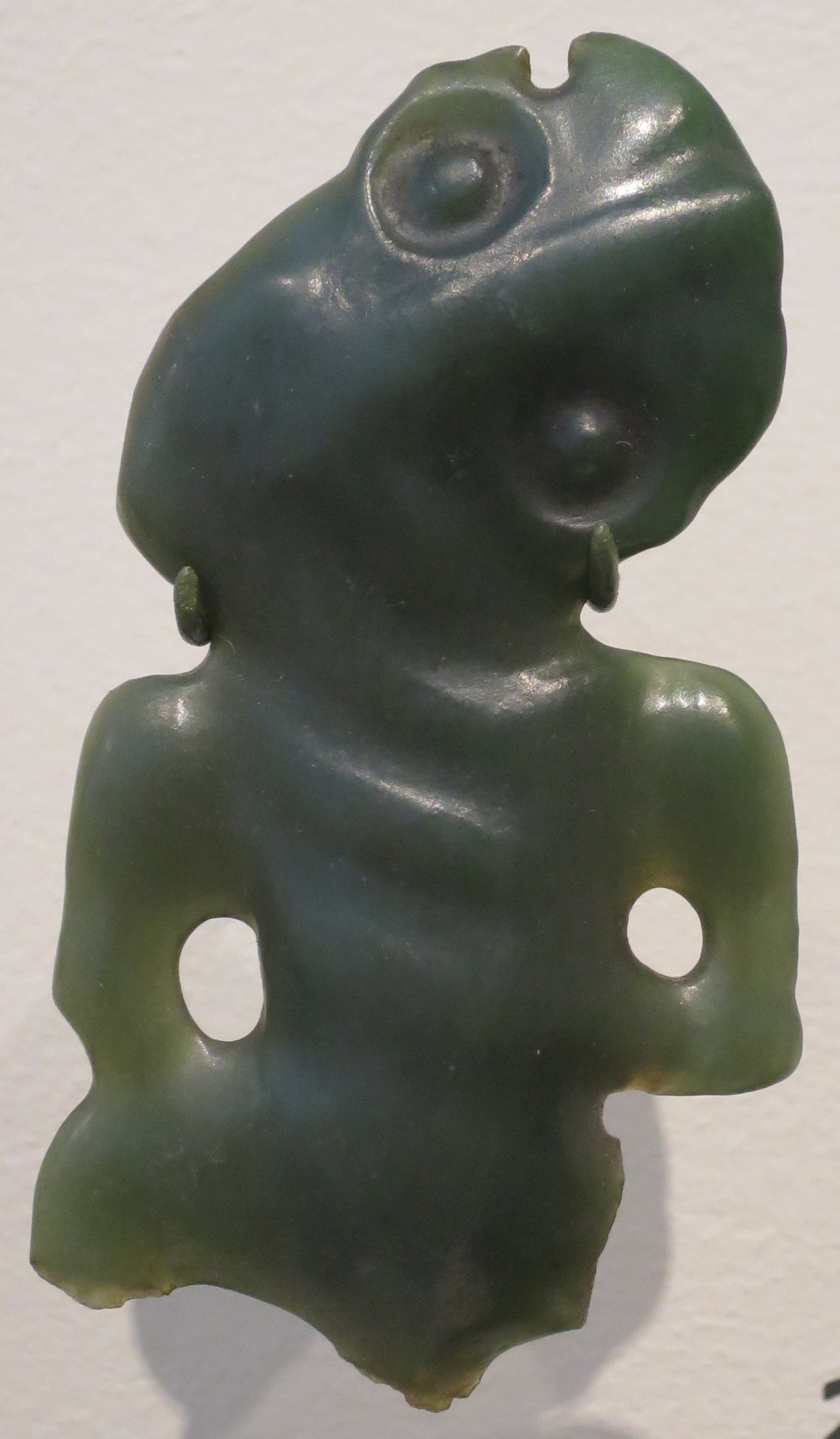 Whakairo: Legends, symbolism, and importance in the Māori culture

One of many Māori karakia (prayer)
spoken before carving waka (canoes) (Hauraki, 2018).

Tama-te-kapua, ancestor of Te Arawa, depicted in a carving at Tamatekapua meeting house in Ohinemutu, Rotorua, circa 1880. Tama-te-kapua is holding the stilts he used when he stole breadfruit from a tree belonging to Uenuku in the mythical homeland, Hawaiki.

Whakairo rākau (wood carving) is an extremely important art form in Māori culture. It not only has significance to specific things like the marae, wharenui, pounamu, and waka but also for everyday wood carving and whakapapa expression. Māori carving has origins in legends that extend all the way back to the ancestral homeland Hawaiki, and while there are similarities between carvings from other Pacific cultures, Māori developed a very distinctive style over time due to the resources found when they eventually stayed in Aotearoa.

How Māori came to learn the skill of carving is based in an array of ancient mythologies. According to knowledge originating from the East Coast, the art of carving comes directly from the gods who practised it themselves. Rua-i-te-pukenga introduced carving to the world after learning it from Rangi-tamaku, the second of the twelve heavens counting upwards from Earth.

In another legend believed by Tūhoe, Mata-ora was an ancient ancestor and the first to be taught about poka (piercing) in wood carving. He passed his knowledge down to Rua. It was understood by others that Te Tini o te Hākuturi – a tribe of wood fairies in Hawaiki – taught Rua how to carve, based off the patterns from spider webs. Still others claim that Rua-i-te-para-kore and Rua-i-te-kuka-kore brought forth one of the most important carving traditions. The former said, “let all dust and small chips be carefully cleaned out of all wood carvings.” Rua-i-te-kuka-kore said ‘no’, and instead suggested painting the carvings in red ochre, alluding to the practice of painting wood carvings in a mixture of kōkōwhai (red ochre) and shark oil to preserve the wood (Firth, 1925, p. 284).

Pūkenga Matua of carving for te Wānanga o Raukawa Christopher Gerretzen believes that carving was the written language for Māori. Before European settlers, Reo Māori was completely oral with no real written variation. So Māori created carvings to tell and preserve the stories of their tūpuna:

“For them to tell their pūrākau, their stories, so that they wouldn’t forget, they carved them inside their whare, inside their houses. They would all go into their whare in the evening and their tohunga whakairo would talk about ‘this guy here standing on your left is …’ such and such who sailed the seas or rode a whale or something like that. So it was their written language; that’s what I believe. Carved in wood – that’s how they retained their stories,” Chris tells me. “Each iwi has a different concept of that, because of where they were from, and the origins – because no two iwi were alike. That’s what gives it such a beautiful variety, different kōrerō,” he says.

Chris says that something pākehā did not understand about Māori carving was that not only did it tell their story, these whakairo had mauri; they had life or a life force. It was this that made the carvings really special. Arguably, the most important pieces of Māori whakairo rākau (wood carvings) are the carvings of kaitiaki(protectors, guardians), the bodies of our ancestors. While Māori carvings were never a proper likeness, that was never the point. Kaitiaki carvings have a lot more importance than just aesthetic value; they are symbolic of the whakapapa, the ancestors and their protection and guidance over their tuhanga, their descendants.

“They didn’t understand that something that was carved or made had the mauri, had the life in it. That’s why they were given names, like all the weapons had a name, everything was named for that reason because it held the mauri,” says Chris, and adds: “That’s why carvings are important, it’s a spiritual thing.

“Some iwi stopped carving because the Europeans who came here didn’t understand, they thought it was an art piece, but it’s more than that. They believed that they carved guardians to protect them and things like that. They had paua shell eyes ‘cause they were never asleep; they were always vigilant to stop the enemy from coming.”

Whakairo rākau was considered a dignified skill and so anyone of rank could do it, even women. Chiefs themselves would carve things like waka huia (trinket boxes), bowls, or adze-handles. Any man could decorate their weapons and implements by carving their own designs onto them, but truly skilled carvers were in demand. If anything of worth needed to be carved, such as a waka taua (war canoe), a meeting house, or a pātaka (storehouse), tohunga whakairo from across Aotearoa would be summoned and paid well for their services. Some of the best carvers were said to reside on the East Coast.

Tapū was always a concern when it came to carving, and craftsmen had to be hypervigilant to make sure they did not forget any training or knowledge of their art. Innovations were strictly forbidden, and mistakes were aituā (bad or evil omens) to the point where even a small mistake was believed to be the cause of some deaths. One particular event happened during the building of Hotunui, a meeting house for the East Coast iwi of Ngāti Awa. An epidemic broke out, believed to be linked to wood chips from chief Apanui’s carving falling into a cooking fire. When Apanui’s daughter ate a kumara (considered a highly sacred and tapū food) cooked from a small fire that had been kindled from the same wood chips, she averted the evil. To this day, carvers refuse to use chips or shavings from their carvings for fire.

“When they would carve, in the old days, the tree would be felled in the ngahere, in the forest. The carvers would go to the tree and work on it. They would actually make sure at the end of the day when they came back to the pā, that they had no woodchips in their hair, and they were safe. Out of respect, the woodchips were given back to Tāne, because it’s his children that they’d cut off and carved,” says Chris.

“Though many of these traditions are lost, some do still exist. Because we do not have the same view of life that they did back then, we do not see the environment the same way which has an effect on carving traditions,” says Chris.

“By teaching the younger generation, it’s the art that we are really trying to encourage to live on, but with that will come the knowledge of old, too.”

As with most things after colonisation, carving also changed once European settlers came to live in Aotearoa. Previously, carvers would use a number of chisels and adzes in various shapes and sizes with a mallet of which the head was usually made from wood, whalebone, or pounamu. As iron and steel tools became introduced to Māori communities, traditions changed. Because these tools had finer points, it meant that carvings could have more finely-grooved patterns as surface decoration, so carvings of the 19th century were extremely elaborate and artistically expressive.

Nowadays, while carving is still an important Māori tradition, it is also a larger part of our tourism industry. While the cultural identity of carving remains steadfast, Māori found early on that the traditional skill could be used as an entrepreneurial tool to create souvenirs.

What we would consider souvenir items actually have a lot of significance to Māori culture, like the hei tiki (figure that hangs). When I asked Chris how these popular versions came about, he said it probably had to do with design innovation. “[The hei tiki] has different meanings to different iwi. A lot of people have the association that it represents the embryo, but I’ve always been taught that it represents a tupuna, somebody of high rank, or somebody that was important to you,” says Chris.

Something many believe about the hei tiki is that it can only be worn by women, but Chris asserts that this is very untrue. “Men wore them, so they weren’t a [gendered] thing at all. It could be male or female, that was the thing. It was whoever wanted one made, they would have to talk to the stone carver and pay him,” he says.

“But things like hei tiki have been around for a long time. Artists have taken that shape in its originality and either added a twist here or something onto it because the shape was so beautiful. That was where you get the different aspects of how they look.”

With a bunch of new whakairo graduates from te Wānanga o Raukawa, it is needless to say that this is one artform that was, thankfully, never lost to colonisation. If you live near the Waikato or Auckland, I’m sure you would have seen the occasional carvings along the Waikato Expressway. Whakairo are greatly respected and are a large part of the New Zealand landscape. Māori art continues to have an impact, and the beauty of carvings will continue to showcase Māori history. 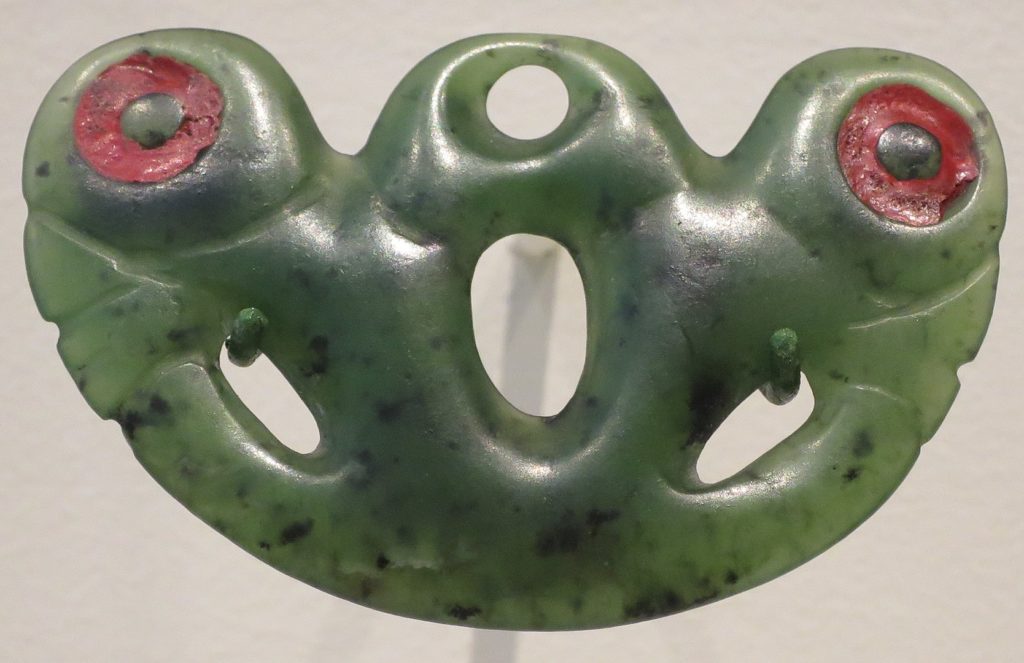