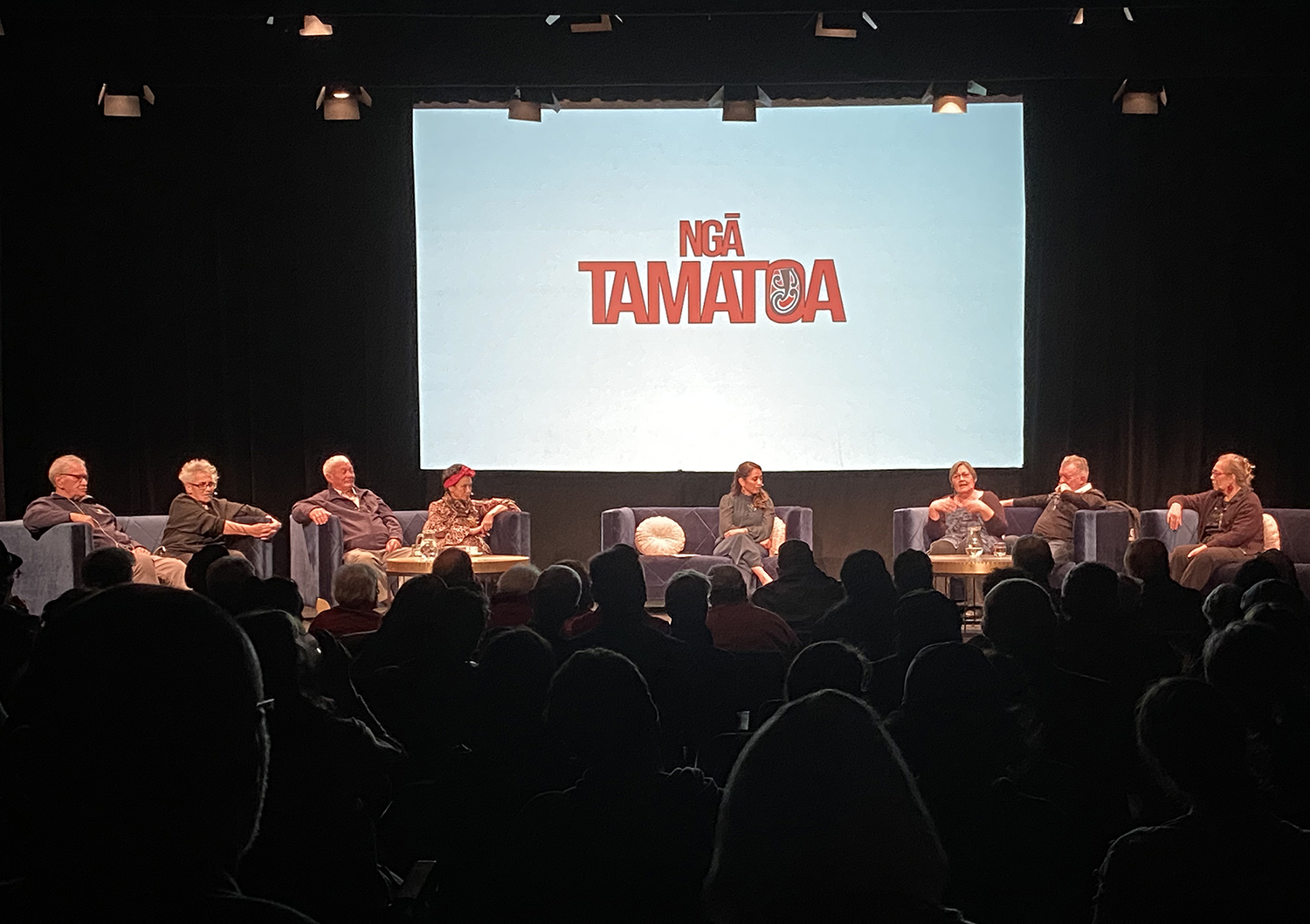 Last night, as part of the I am Hana project, the first panel discussion of Ngā Tamatoa members took place at the TSB Showplace in New Plymouth, hosted by well known Māori TV presenter, Oriini Kaipara. The opening of the event was held mainly in te reo Māori, but morphed into mostly English with te reo Māori used on and off during the evening. It was later closed off in full te reo and waiata (song) by the entire crowd – including panel members, host, and audience. For me the event was quite an emotional experience with a hanky handy at all times to dab away the occasional tear. 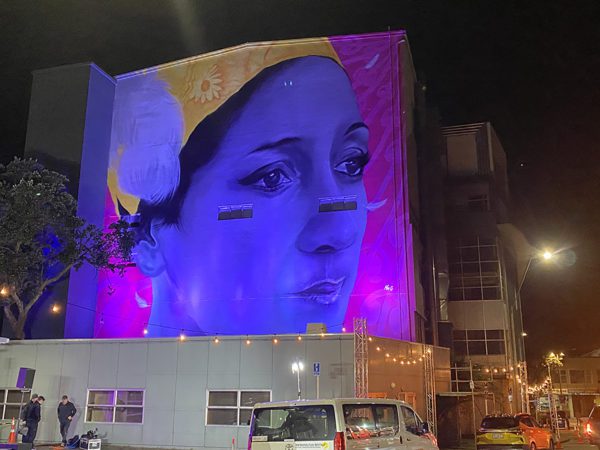 There were colourful and humorous descriptions of events and how they were run (often chaotically) but always with a passion. Ngā Tamatoa found great support in the physically petite but spiritually fierce, Hana Te Hemara. The fact that the I am Hana project falls within Te Wiki o Te Reo Māori (Māori language week) is no coincidence.

I should mention that after the show we did a detour and walked back to our car via Queen and King Streets and enjoyed the beautiful view as we approached the stunning mural by Mr G (Graham Hoete, of Ngāti Ranginui, Ngāti Ata descent). We noticed a (TV) crew packing away their cameras in a van (I did notice a Facebook post this morning by Te Ao Māori News of Whakaata Māori (formerly known as Māori Television) in which they covered the blessing of the mural which took two weeks to complete. Underneath the visible layers of paint and portrait of Hana Te Hemara are the words of the petition presented 50 years ago to Parliament. The petition asked for te reo Māori to be taught at all schools to promote true integration of our cultures as the Treaty of Waitangi (Tiriti o Waitangi, signed in 1840) was never honoured.

It is great to see a much more proactive approach to te reo in education now, even though it’s only relatively recent.

One of the interesting things mentioned was the fact that Māori weren’t actually bereft of their culture, their language, or identity as such. But they had their own levels of practice and knowledge, despite the fact that the language was often beaten out of people. Some families were still fluent in te reo, and some less, whereas others just couldn’t speak te reo at all. One of the memories brought up was where a person spoke so badly in English that he was asked to “please speak te reo Māori, so we can understand what you’re saying!” It really clarified a lot for me and I was also relieved; because if the culture was lost, how come that there are still a significant number of people who can speak te reo fluently (and therefore, teach it)?

Looking up Ngā Tamatoa for a translation, one description I found was ‘Young Warriors’. There is no direct translation for tamatoa in the Te Aka Māori Dictionary, written as one word. But ‘tama‘ and ‘toa‘ do, and preceded by ‘ngā‘, becomes ‘Sons of Warriors’.

Activist group Ngā Tamatoa members were young Māori university students (think of 19, 20 year olds) who fought to regain and retain their Māori identity, culture, and language, in the late ’60s and early ’70s. Māori were often looked down upon as Māori numbers in university were very low at the time. Not only did Ngā Tamatoa have their own life experience as the root for their cause, they were just as much influenced by music and the lyrics such as the waiata of e.g. Jimi Hendrix or The Rolling Stones. Racism was something felt in common with other indigenous cultures (for example think of Apartheid in South Africa. It was ruled that no Māori All Blacks were allowed to play in their country. This changed in 1970, as long as they – Māori members of the All Blacks team – were labelled ‘honorary whites’!).

But it was pointed out that Ngā Tamatoa were up against Māori who wished for them to keep quiet and basically suggested to ‘just be patient’, as much as racist Pākehā (New Zealander of European descent; in the day they simply called them ‘whites’).

The one thing I took away from the evening was a statement by Linda Smith, who shared that Ngā Tamatoa were often referred to as “those Māori radicals” – a term she was (and I agree) quite proud of and said: “Because, if you’re passionate about something and you want something to change you need to be radical; and if you’re not radical, then, what are you?”