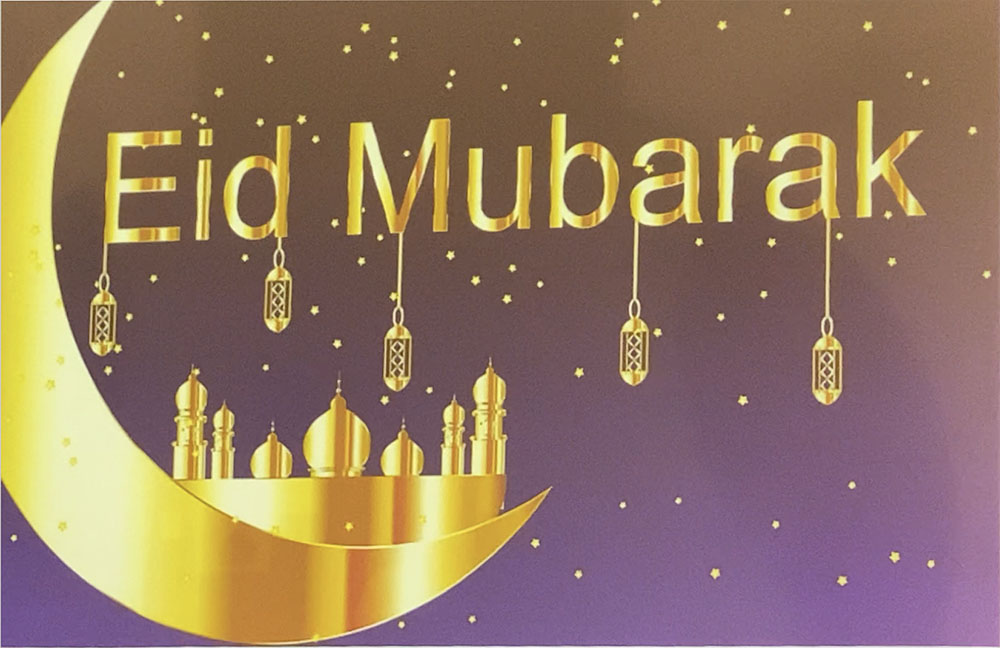 Looking back on a very interesting and entertaining start of the week, beginning with the Parliamentary celebration for the Eid Al-Adha I had the privilege and pleasure of attending last Monday as part of a crowd of around 300 guests, in the Banquet Hall at the Beehive in Wellington thanks to an official invite by the Hon Priyanca Radhakrishnan, in her role as Minister for Diversity, Inclusion and Ethnic Communities. The speakers, conveying a message of faith, charity and peace. 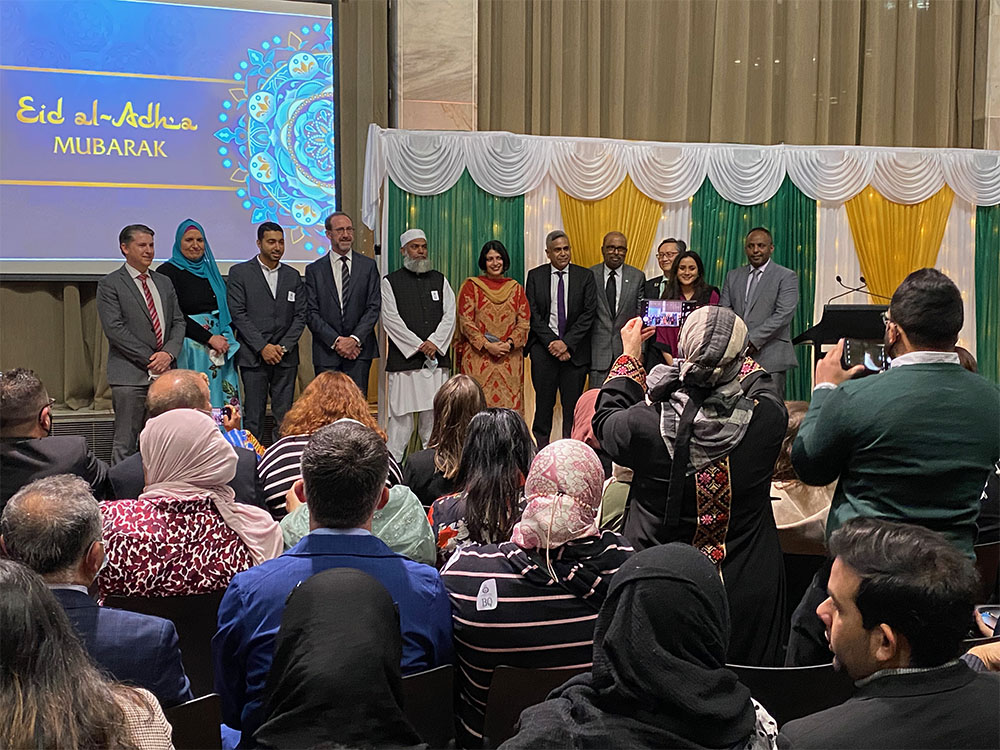 Dignitaries/speakers at the Parliamentary celebrations of Eid al-Adha, 25 July 2022

Eid al-Adha ‘(Arabic: عيد الأضحى, romanized: ʿĪd al-ʾAḍḥā, lit. ‘Holiday of the Sacrifice’)’, according to Wikipedia, ‘is the second and the bigger of the two main holidays celebrated in Islam (the other being Eid al-Fitr). It honors the willingness of Ibrahim (Abraham) to sacrifice his son Ismail (Ishmael) as an act of obedience to Allah’s command. Before Ibrahim could sacrifice his son, however, Allah provided him with a lamb which he was supposed to kill in his son’s place because of his willingness to sacrifice his own son in the name of God. In commemoration of this intervention, animals are ritually sacrificed. Part of their meat is consumed by the family which offers the animal, while the rest of the meat is distributed to the poor and the needy. Sweets and gifts are given, and extended family members are typically visited and welcomed.[6]’

To me (raised as a Roman Catholic) this really highlights the fact that we have common ground within different religions.

One of the evening’s speakers, Kiwi/American Muslim woman and National Coordinator of the Islamic Women’s Council of New Zealand, Aliya Danzeisen, gave us another interesting angle of this event, comparing the Muslim community to a pride of lions, emphasising the part the “lioness” plays in the community. A very enlightening and inspirational speech emphasising the importance of women in society.

Some highlights of the evening 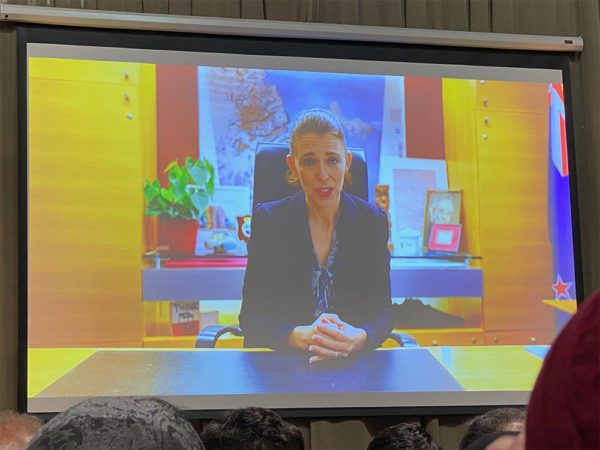 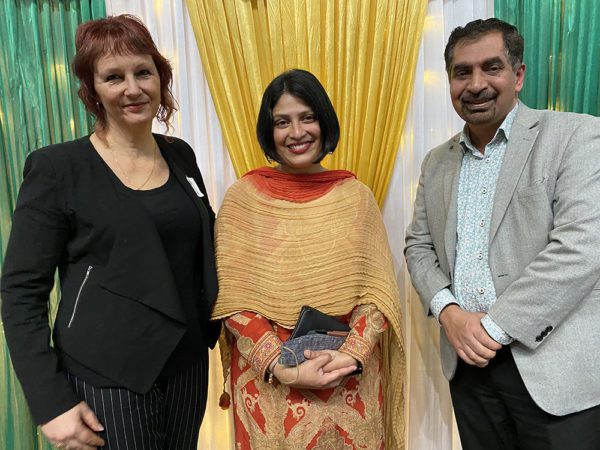 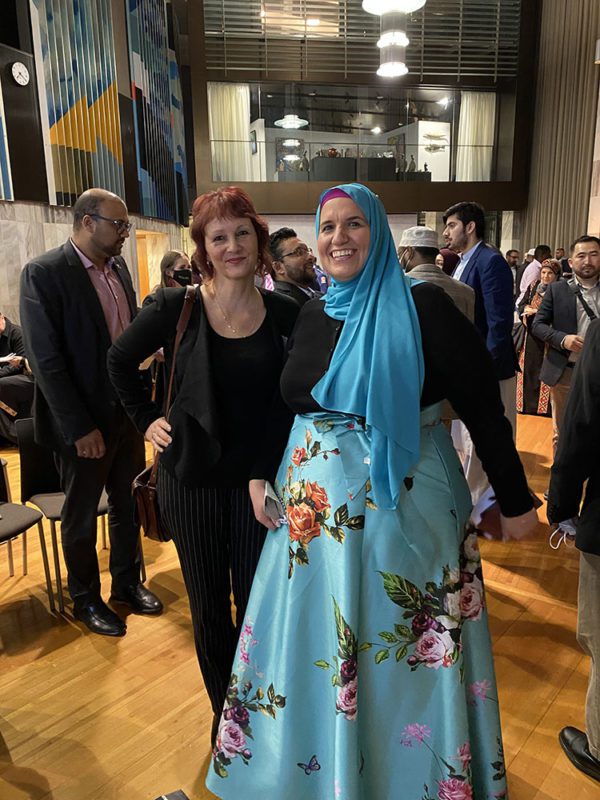 With National Coordinator of the Islamic Women’s Council of New Zealand, Aliya Danzeisen. 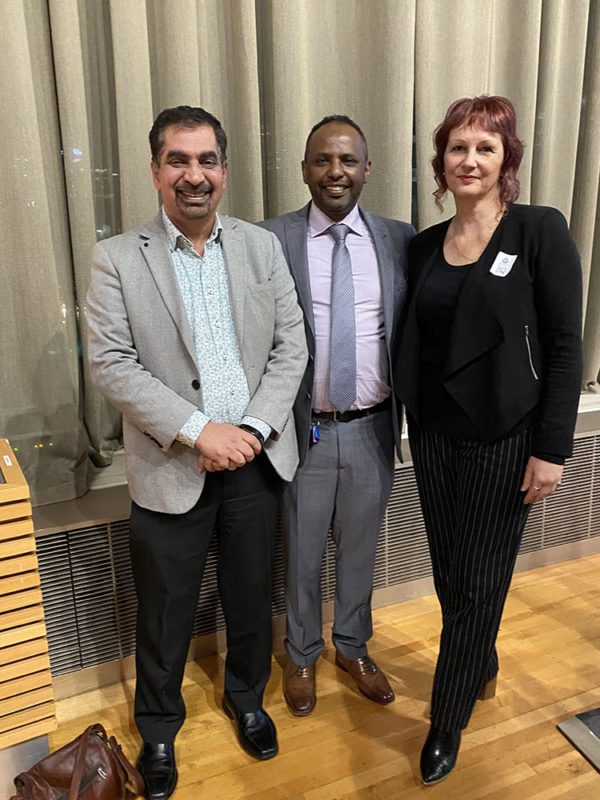 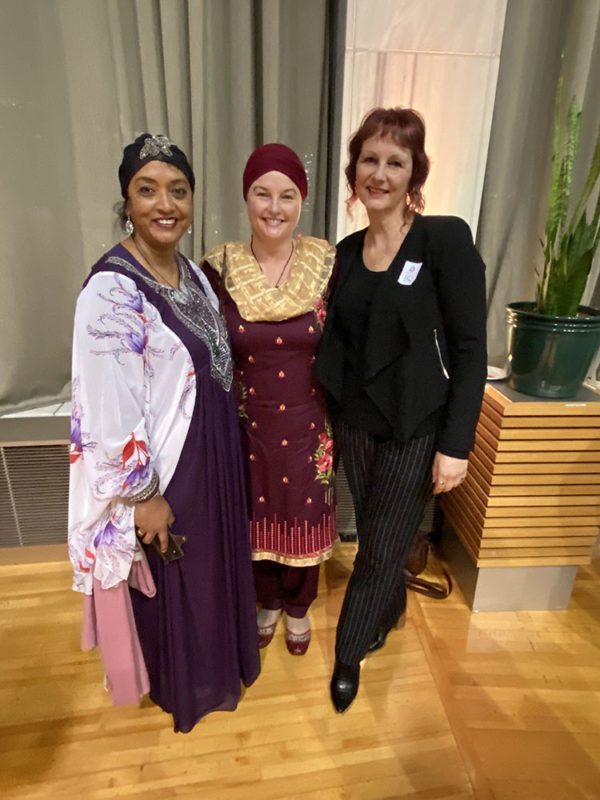 With the lovely Sikh ladies from Gisborne. Standing next to me is Meredith, a Kiwi born woman who found her calling in the Sikh religion, serving the migrant community in the Gisborne region. 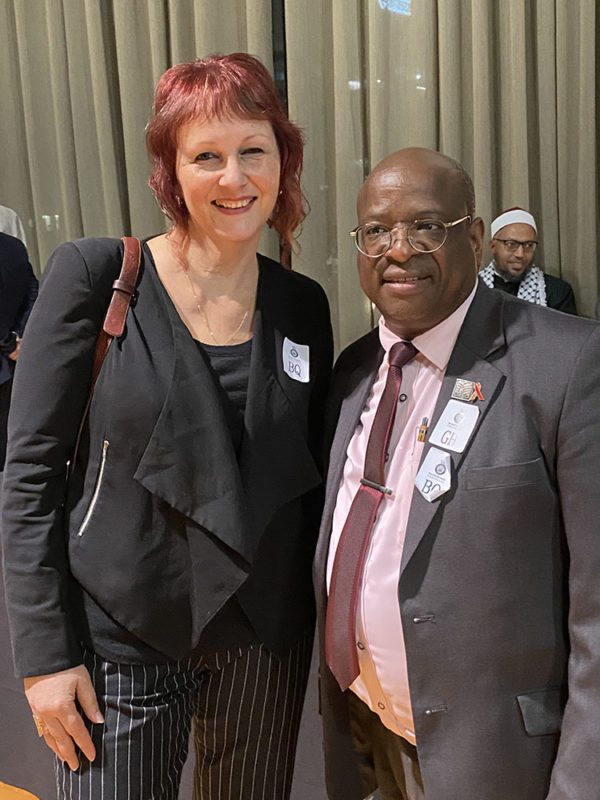 With one of the top people in New Zealand ethnic communities (also functioning as photographer on the night!)